I want to win titles for Manchester United:?Herrera 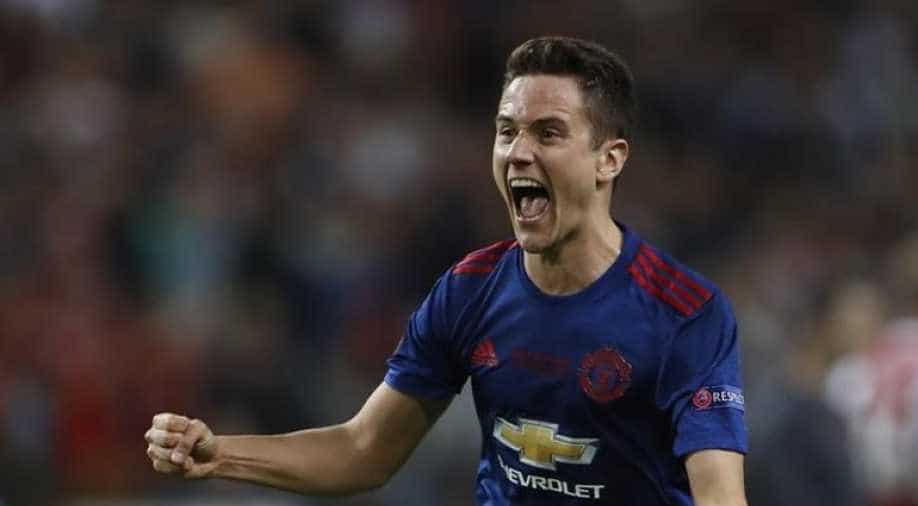 United's?player of the year last season,?Herrera?said he had no problem watching teammates Matic and Marouane Fellaini from the sidelines.

Ander Herrera has made just one Premier League start this season but the Manchester United midfielder has no doubts he remains an important part of manager Jose Mourinho's plans.

The Spaniard earned praise last season for his influence on the side as they won the League Cup and Europa League but has lost his spot to Serbian midfielder Nemanja Matic this campaign.

Overlooked on Sunday despite Paul Pogba's absence through injury, Herrera came on as a 77th-minute substitute against Everton and stabilised United's midfield. United then scored three times in the final 10 minutes for a 4-0 win.

"I feel as important as I did last season," the 28-year-old told British media.

"I am a team player and I always say that and if the manager decides to keep me on the bench I will be ready. I said that last season and it is the same now."

United's player of the year last season, Herrera said he had no problem watching teammates Matic and Marouane Fellaini from the sidelines.

"I can learn from Nemanja and from 'Felly', he has some abilities that we don't have in midfield. Paul Pogba is our most free midfielder and I can learn from him as well.