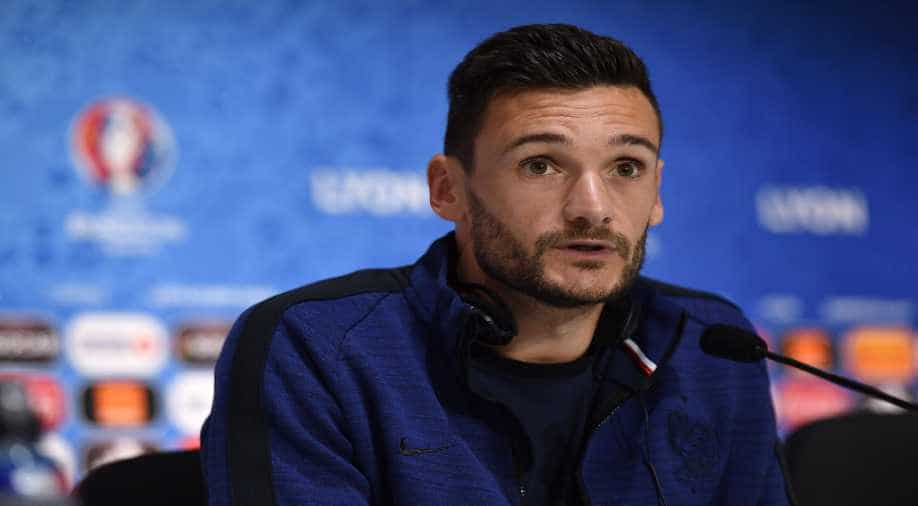 'We had to put in a lot of effort and a lot of work to restore our reputation. We`re just getting there six years later,' said captain Hugo Lloris. Photograph:( Getty )

Follow Us
France's run to the Euro 2016 final on home soil has given the country "an escape" after the horror of last November's Paris attacks, captain Hugo Lloris said today.

The rolling attacks on the French capital, claimed by the Islamic State group, left 130 people dead and led to calls for the tournament to be cancelled.

The France team also experienced pre-competition problems, with striker Karim Benzema dropped over a blackmail plot involving team-mate Mathieu Valbuena, but they have managed to reach Sunday's final against Portugal.

"Of course we`ve had some very difficult times this year, both with those tragic events, but also with events that have gone on off the field," Tottenham Hotspur goalkeeper Lloris told a press conference at Stade de France.

"But we're even prouder to be on the pitch, to feel the entire French population behind us, to feel this happiness which is shared between the players and the French people.

"That gives us strength and is lovely to see. But we still have that final step to take to finish this competition in the best possible fashion.

"The French people really needed to escape via this competition, and sport has this strength: to unite people.

"We are currently experiencing that. We still have one step to take, the hardest one, but one that`s worth it."

France will tackle Portugal at their national stadium after overcoming Germany 2-0 in the semi-finals courtesy of a brace from tournament top scorer Antoine Griezmann.

As well as diverting attention from the November attacks, France's vibrant displays have helped to obscure the memory of the squad's shameful antics at the 2010 World Cup in South Africa.

The players refused to train at their Knysna training base in protest at striker Nicolas Anelka's expulsion from the squad for insulting coach Raymond Domenech and the team were eliminated in the first round.

Reflecting on how the squad's image has improved since 2010, Manchester City full-back Sagna said: "Knysna is one of the events that marked French football.

"We made a mistake, clearly. We brought French football to its lowest point. We showed a very, very bad image.

"We had to put in a lot of effort and a lot of work to restore our reputation. We`re just getting there six years later.

"We want to give French people something to smile about, to show a completely different image. We can`t change the past, but we can build a better future."