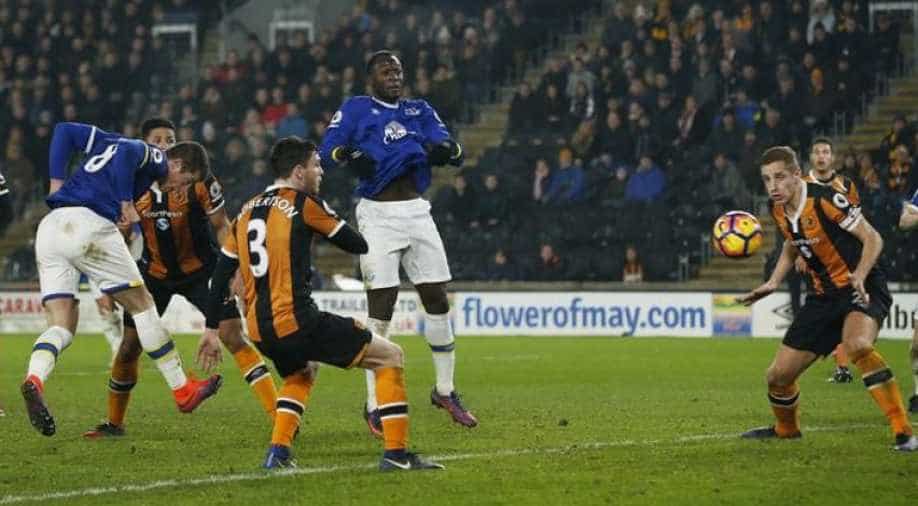 England midfielder Ross Barkley headed a late leveller to salvage a 2-2 draw for Everton at Hull City in the Premier League on Friday.

Barkley headed the ball home in the 84th minute from left back Leighton Baines' cross after Robert Snodgrass had put Hull ahead with a superb free kick into the top corner 19 minutes earlier.

Defender Michael Dawson had given Hull an early lead when he scored from Curtis Davies' flicked pass in the sixth minute but an own goal by home keeper David Marshall at a corner gifted Everton an equaliser on the stroke of halftime.

Hull, who had lost five of their previous seven matches, climbed to second from bottom in the table with 13 points from 19 matches. Everton are seventh with 27 points, 19 shy of leaders Chelsea.

City manager Mike Phelan refused to criticise Marshall for his own goal.

"Mistakes happen," said Phelan. "In the second half he pulled off a couple of important saves.

"I think it's a terrific point. We produced a battling performance and I'm pleased with the players. We are in a battle for the rest of the season but we're up for it."

"I'm really pleased with our performance," said the Dutchman. "I wasn't happy with our slow start but we showed a really good attitude and reaction twice.

"We played good football and created a lot of opportunities. We keep the momentum after the win against Leicester -- two away games and four points is good."