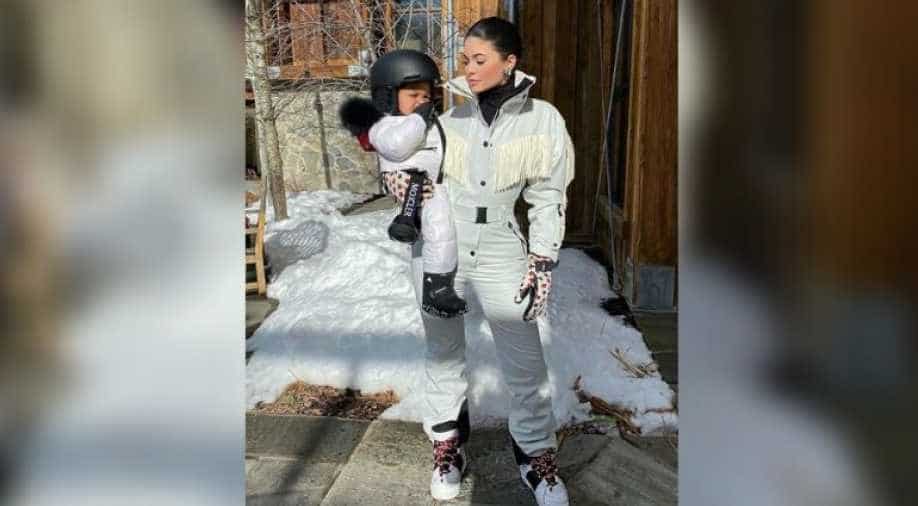 Kylie Jenner had posted a snap of her daughter, Stormi, on Instagram and gave a sneak peek to an upcoming collaboration with the little one.

Beauty mogul Kylie Jenner recently gave a glimpse of her new cosmetics campaign in which she appears along with her daughter Stormi.

The new collection of makeup is dedicated to little Stormi which Kylie said was her "love" for her "beautiful" daughter. Also read: Kylie Jenner donates $1million to Australia wildfire relief efforts

I think I’ve been waiting for this moment since the day i found out i was pregnant😫🦋.. An entire collection by @kyliecosmetics dedicated to my beautiful daughter 🤍 i can’t wait for the reveal!!!! You will fall in love. The Stormi Collection launches 2.1.20 ⚡️

The American television personality through her Instagram account revealed the commercial of the campaign. Mother-daughter duo was dressed up in ethereal white dresses in the commercial.

"An entire collection by @kyliecosmetics dedicated to my beautiful daughter and my love for her. I can't wait for the reveal!!!! You will fall in love," Kylie captioned the post.

They sat together with beautiful pink flowers, while rose confetti fell on them and soft music played in the background. Kylie then held little Stormi, who played with the confetti around her.

The Stormi Collection drops on February 1. It was just a few days back when Kylie had posted a snap of Stormi on Instagram and gave a sneak peek to the masses about her upcoming collaboration with the little one.

The photo disclosed a product named after her daughter with pink packaging covered with colourful butterflies.