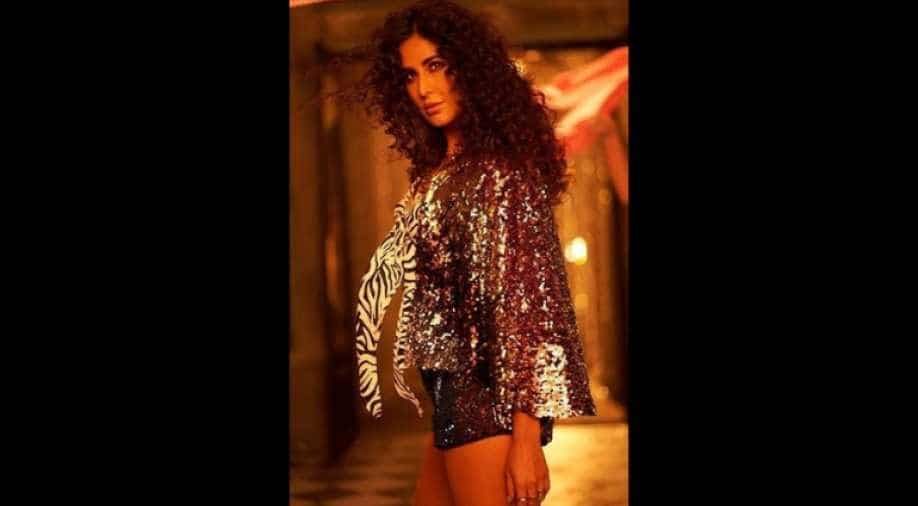 Shah Rukh Khan took up the responsibility of sharing a few unseen photos of Katrina as Babita Kumari from their upcoming film 'Zero'.

Katrina Kaif's new photos from 'Zero's' new song 'Husn Parcham' are such a striking reminder that the 'most sizzling song of the year' is about to be released on Wednesday.

On Tuesday evening, Shah Rukh Khan took up the responsibility of sharing a few unseen photos of Katrina as Babita Kumari (the alcoholic superstar she plays in the movie).

''Somebody asked me what 'Husn Parcham' means. Well, it means an announcement of one's beauty,'' Shah Rukh Khan captioned the photos of Katrina Kaif.

Somebody asked me what Husn Parcham means. Well it means announcement of ones beauty...roughly. Smoothly it means just this...!!! Song out tomorrow...#HusnParcham pic.twitter.com/idzR6i2Lbs

How lovely is this girl!! Can’t wait to show you all Husn Parcham...let’s just elect her in our hearts tomorrow. pic.twitter.com/RYxcONYOHz

When asked about the song, Katrina said, "This is the only time you'll see Babita, my character, in a glamorous avatar in the film," says Kaif, who plays a fading superstar in the Aanand L Rai-directed film.

"In reality, Babita is going through the darkest phase in her life. Her relationship is over, her career is on the downhill, and she is dejected and vulnerable", she added.

The trailer revealed the romantic liaison between Superstar Babita Kumari and the vertically challenged Bauua Singh. Bauua Singh played by Shah Rukh Khan is a die-hard fan of the superstar in the film and in the most pleasing turn of events not just meets the actress but is also kissed by her.