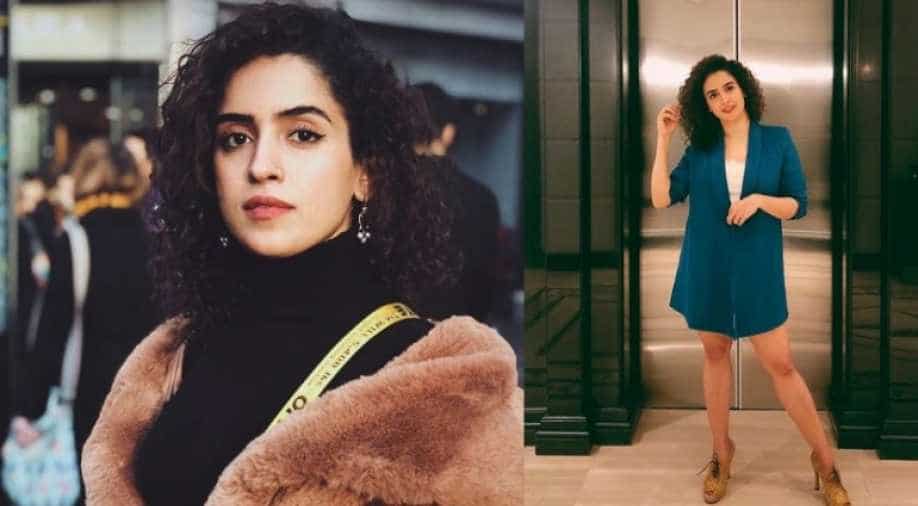 The dark comic anthology, featuring a multi-starrer cast, is scheduled to release on September 6.

Actor Sanya Malhotra on Saturday said that she will soon start filming for director Anurag Basu' next venture.

The dark comic anthology, featuring a multi-starrer cast, is scheduled to release on September 6.

"I will soon start shooting for Anurag Basu's film. I am looking forward to it," Sanya told reporters here.

The as-yet-untitled film centres on unavoidable jeopardies of life and have four different stories set in a quintessential Indian metro.

Sanya is also excited about Ritesh Batra's 'Photograph', which features her opposite Nawazuddin Siddiqui. The film had its premiere at the ongoing Sundance Film Festival in the US.

"I just returned from Sundance Film Festival two days ago. The response to 'Photograph' was amazing. Now we are excited about the Berlin Film Festival," she said.

The film's story follows a struggling street photographer, pressured to marry by his grandmother. He convinces a shy stranger to pose as his fiancee and the pair develops a connection that transforms them into ways that they could not expect.

At the Berlin Film Festival, which will be held from February 7 to 17, 'Photograph' will be presented under the 'Berlinale Special films' category.

Sanya was talking on the sidelines of the Lakme Fashion Week Summer/ Resort 2019 where she walked the ramp for designer Narendra Kumar.

The collection was created in collaboration with Alcis Sports.

The range launched under the label Alcis X Nari is powered by R|Elan.