SNL skit on Jennifer Aniston: The ‘Friends’ star thought she was being ‘made fun of’ 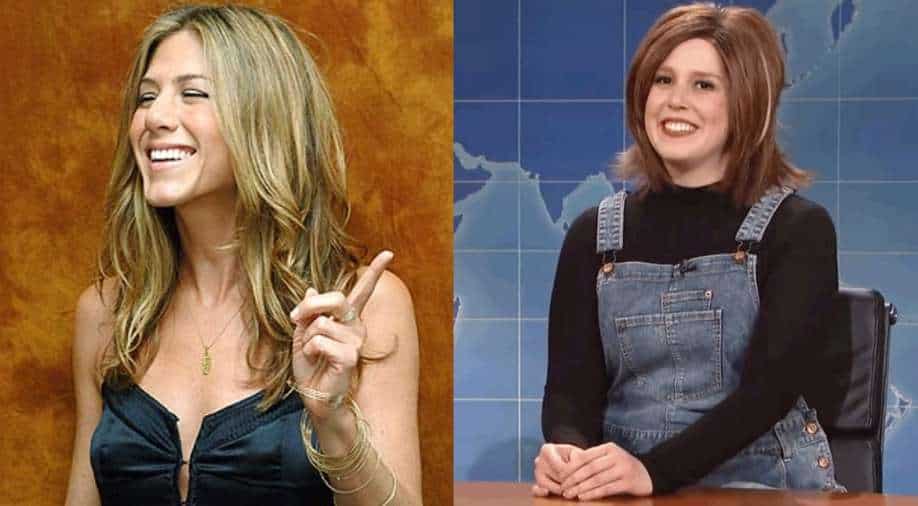 'Friends' star Jennifer Aniston thought that SNL star Vanessa Bayer was making fun of her on the show.

Hollywood royalty Jennifer Aniston’s first reaction to Saturday Night Live’s (SNL) star Vanessa Bayer’s skit on her was: ‘they are making fun of me’.

“I remember someone saying, 'Did you see the impression of you on SNL?' 'What? No, I'm not impression (material).'… Everyone said it was a compliment, but I had to really get my brain around that and tuck my little tail between my legs, thinking I'm being made fun of," she said. "That's always the gut instinct: 'They're making fun of me’,” Aniston told an entertainment portal.

However, Aniston said that after she took a moment to process it and she could see the skit for what it was.
In fact, in 2016, Jennifer Aniston joined Vanessa Bayer’s for a skit where she jokingly implored Bayer’s for being obsessed with her and to drop it already.

“You gotta really try to stop texting me every day. You know, Friends was, like, five million and five years ago, so I think we've just got to move on (sic),” Aniston was heard saying to Bayer, who was dressed as Rachel from ‘Friends’.

Recently, the actress also commented on her lookalike on TikTok.

"A friend sent that to me — I watched it, and it freaked me out… She's not exactly like me, but of all the people who have said, 'I look just like you,' she was pretty close. Sometimes you say, 'Thanks?' And other times it's, 'Wow, thank you’,” Aniston told an entertainment website.