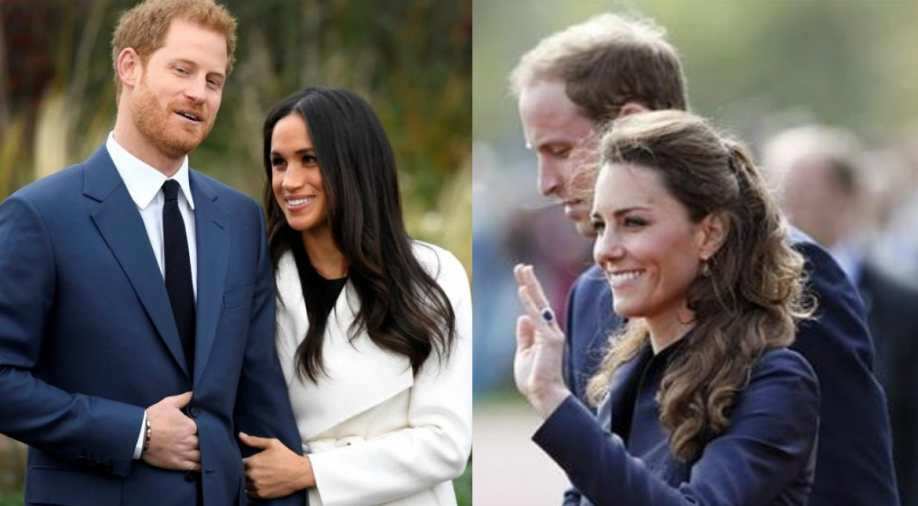 It’s being said that Duke and Duchess of Sussex decided to move from the Palace and relocate to Frogmore Cottage at Windsor Castle, post this fight.

Not all seems to be well between Kate Middleton and Meghan Markle aka Duchess of Cambridge and Sussex.

While the two were seen recently smiling at each other and the general public as they were headed to attend royal festivities on the Christmas Day, sources close to the royals suggest that the fight between the two is far from the finish.

As reported by ANI, the Duchess of Cambridge told a US-based magazine that she felt like Meghan Markle had used her to climb the royal ladder.

The Duchess of Sussex, on the other hand, admitted that she felt snubbed by Kate Middleton.

Rumours of a rift between the two brothers, Prince William and Prince Harry or rather their partners had started post the latter’s wedding to Meghan Markle. They had a showdown apparently at the wedding when some issue crept up with Kate’s daughter, Princess Charlotte dress. In another incident, they had a row when Meghan was reportedly rude to Kate’s staff at the Palace and Kate told Meghan that it was unacceptable and “they are my staff and I speak to them.”

It’s being said that Duke and Duchess of Sussex decided to move from the Palace and relocate to Frogmore Cottage at Windsor Castle, post this fight. Kensington Palace had announced that the couple would move out as they had to prepare for the arrival of their first child.