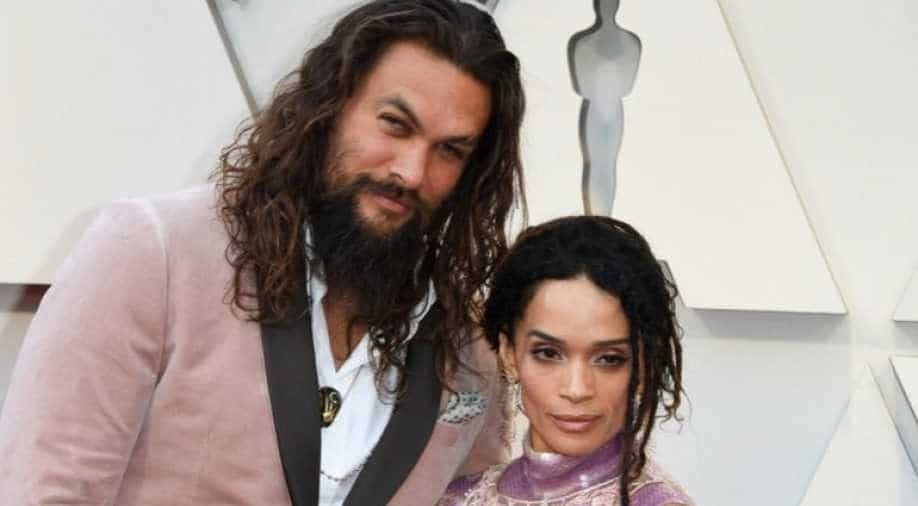 American actor Jason Momoa has a pretty positive outlook towards life, and it`s perfectly understandable, given that he got to marry the 'girl of his dreams'.

The 'Aquaman' actor spoke to Esquire for its November 2019 cover about his longtime marriage to Lisa Bonet, and his ambition to always go after his dreams, which included marrying the 51-year-old, who he said was literally his childhood crush," reported news agency.

The 40-year-old star and Bonet have been together for 14 years, however, Momoa knew he wanted to be with 'The Cosby Show' actor from a young age. Momoa's love for his wife began when he was just 8 years old and he saw her on TV, the actor told James Corden in 2017.

"I didn't tell her that until we had two babies, otherwise, I'd be creepy and weird. But yeah, I'd just always wanted to meet her. She was a queen, always," he said. Years later, Momoa still feels the same way for his wife. He told Esquire that getting to marry Bonet was a major accomplishment for him.

"If someone says something isn't possible. I'm like, 'Listen here, I married Lisa Bonet. Anything is f--ing possible'," Momoa told the outlet. Momoa also added that he didn't tell Bonet that he was a 'stalker' until they got married and had kids together.

"I mean, I didn't tell her that. I didn't let her know I was a stalker until after we had the kids," he joked. The couple started dating in 2005 after being introduced by mutual friends at a jazz club and walked down the aisle on October 2017.

They share two children, daughter Lola Iolani and son Nakoa-Wolf Manakauapo Namakaeha. Bonet is also a proud mother to daughter Zoe Kravitz with ex Lenny Kravtiz, and Momoa is close to both.

Recently, Momoa praised his step-daughter Zoe on Instagram for landing the role of Selina Kyle/ 'Catwoman' in the upcoming film 'The Batman' opposite Robert Pattinson.

"I'm so proud of u zozo bear. On and off-screen OHANA. DC WB ohana Lola and Wolfie's big sister is CAT WOMEN. Unbelievable so freaking stoked. You're going to have so much fun Aloha P bear," he captioned a photo of him and Zoe.

I’m so proud of u zozo bear. On and off screen OHANA. DC WB ohana Lola and Wolfies big sister is CAT WOMAN😍😍😍 Unbelievable so freaking stoked. Your going to have so much fun Aloha P bear

The 'Big Little Lies' actor commented on her step father's sweet post and joked about how they are now both a part of the DC Extended Universe. "LOVE YOU PAPABEAR! love that Aquaman and Catwoman spend the holidays together from now on," she wrote.

On the work front, Momoa will be next seen in 'See', which is set to premiere on Apple+ TV.