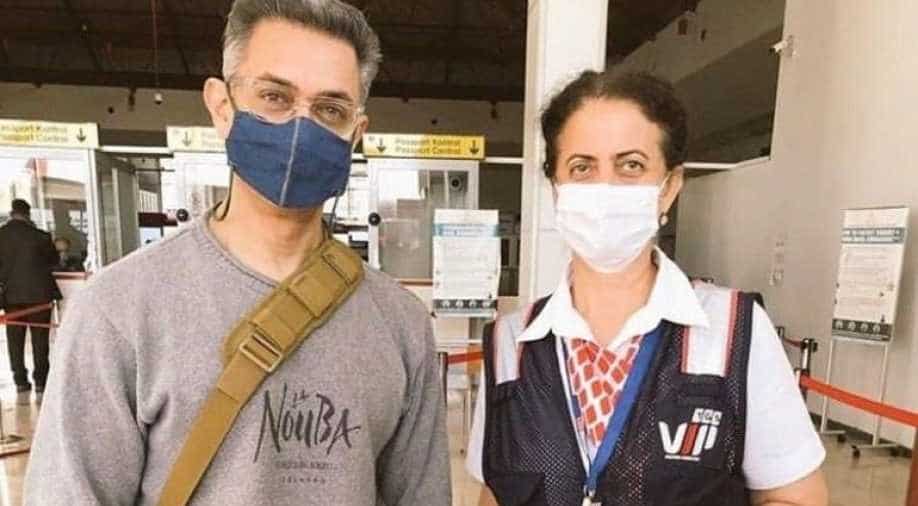 'Laal Singh Chaddha' has been postponed to the next year due to the pandemic.

After months of staying inside the doors, celebrities are heading back to their work.

Aamir Khan kicked off the shooting of  'Laal Singh Chaddha' in Turkey.

The 'Thugs of  Hindustan' actor began the shooting in November 2019, eight months after the film's announcement. The shoot of the film was halted due to the pandemic

Since it is difficult to resume shoot in the country, as Covid-19 cases are still high, so the actor decided to shift his film to Turkey. As the reports suggest,  Ladakh shoots which were canceled due to India-China military standoff along the Galwan valley, so they will use Turkey and Georgia locations for the pending shoot of this film.

Look at the Pictures of Aamir in Turkey:

''Advait Chandan (director) and Aamir waited it out for quite some time, but it's more than four months now since Coronavirus invaded and the number of cases is still spiking. How long can you go on waiting for a big canvas film like ‘Laal Singh Chaddha’? So, they have planned for Georgia and Turkey". A source said.

The film is likely to be postponed to the next year due to the pandemic, the movie is the official Hindi remake of the Tom Hanks 1994 film 'The Forrest Gump', directed by Robert Zemeckis.