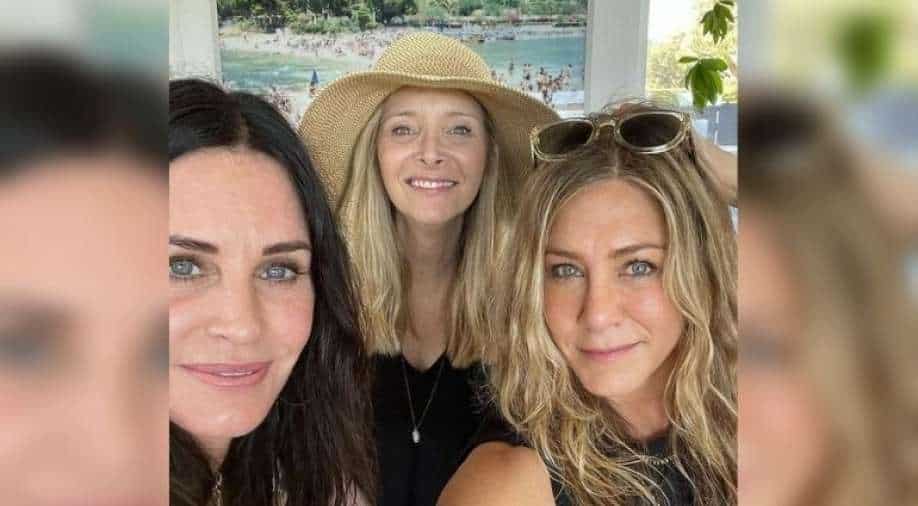 The girl'friends' got together for the Independence Day weekend. Actors Lisa Kudrow, Courteney Cox and Jennifer Aniston spend some quality time on the US Independence Day.

The girl'friends' got together for the Independence Day weekend. Actors Lisa Kudrow, Courteney Cox and Jennifer Aniston spend some quality time on the US Independence Day.

The former 'Friends' actors have remained in touch even after the iconic sitcom ended and get together from time to time.

Taking to Instagram, Courteney shared a picture with Lisa Kudrow and Jennifer Aniston showing how they celebrated the July 4 holiday. "Happy 4th! xoxo," she captioned the post.

The reunion post of the trio has garnered a lot of love from social media users. "My favourites in one frame. Love you guys," a user commented. "The best girls ever," another one wrote.

Jennifer, Courteney and Lisa were recently seen in the reunion episode of their hit sitcom `Friends` along with actors David Schwimmer, Matt LeBlanc and Matthew Perry.

The beloved sitcom followed the story of six friends in their 20s and 30s who live in Manhattan, New York City.

The reunion special episode, which is available to stream on Zee5 in India, was all about living the aura of the famous sitcom and taking fans on an emotional joyride.

The cast could be seen reliving the moments that they shared together on and off-screen. Some of the cast members even recreated their famous moments from the show that made them a viral hit in the late 1990s and the early 2000s.