Kangana Ranaut starrer 'Tejas' to go on floors in December 2020 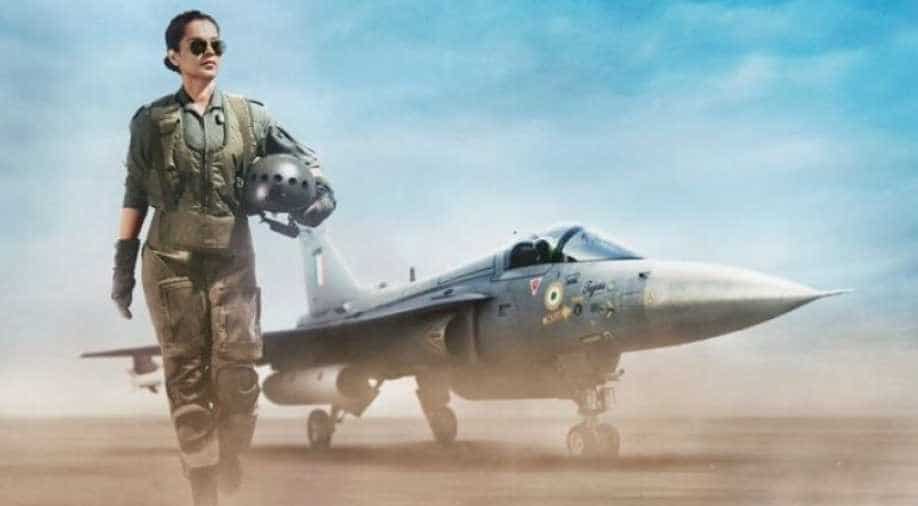 Kangana Ranaut is all set to portray the role of an Air Force pilot.

Sharing a poster of her upcoming patriotic film 'Tejas', actor Kangana Ranaut on Friday announced that the film is all set to go on the floors in December this year.

The 'Queen' actor took to Twitter to share the poster that sees her wearing an Air Force uniform as she stands beside the fighter aircraft Tejas.

"#Tejas to take-off this December! Proud to be part of this exhilarating story that is an ode to our brave airforce pilots! Jai Hind #FridaysWithRSVP@sarveshmewara1 @RonnieScrewvala @rsvpmovies @nonabains," she tweeted along with the picture.

Kangana Ranaut is all set to portray the role of an Air Force pilot. The Indian Air Force was the first of the country`s defence forces to induct women into combat roles in 2016.

The film takes inspiration from this landmark event. The first look of the film was released earlier in February which featured the 'Tanu Weds Manu' actor donning the Air Force uniform.

Helmed by Sarvesh Mewara and bankrolled by Ronnie Screwvala, the film is scheduled to release in April 2021.