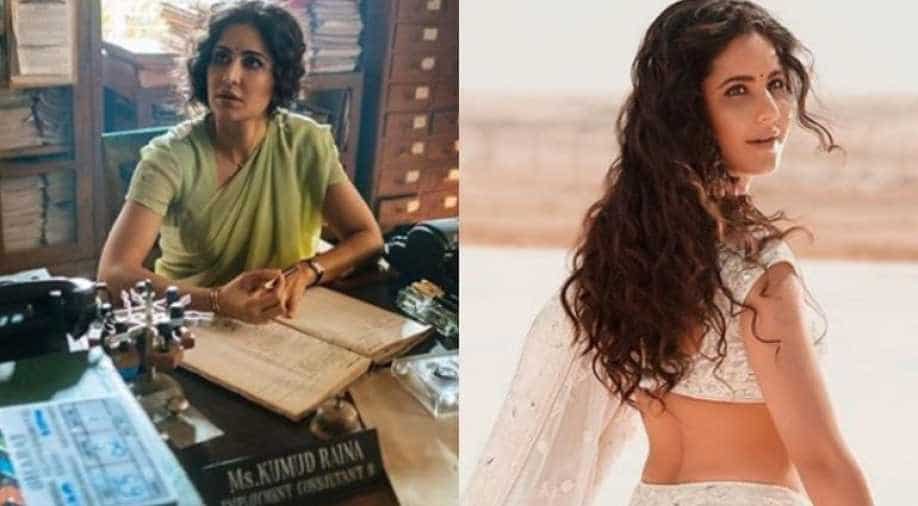 Katrina said she is at a point in her career where she is drawn to challenging roles rather than the styling or glamour aspect of cinema.

It is about finding the balance between commerce and content for actor Katrina Kaif, who believes big filmmakers need to make films that have strong women characters at the centre.

Katrina says she is at a point in her career where she is drawn to challenging roles rather than the styling or glamour aspect of cinema. "To grow as an actor and further myself in my career, I have to learn and experiment more and try out different roles. I have to pick up roles that challenge me. The idea is to work with directors who will bring out these aspects of me that I would like to see on the screen," Katrina told PTI in an interview.

In Pictures: Bharat: From Salman Khan to Tabu, who's playing what in Ali Abbas Zafar's film

"It is about finding the right balance. The year I did 'Rajneeti', I also had a glamorous film ('Tees Maar Khan')," she added.

The 35-year-old actor, who has been part of the film industry for 16 years, said more women should be a part of commercial cinema space.

"We need big commercial filmmakers to make a female lead or female-centric films. I want that to happen. I have said this to Zoya Akhtar and other friends. I would like to see that happen," she said.

The actor is now gearing up for the release of 'Bharat', a role that was earlier slated to be done by Priyanka Chopra but came her way after the 'Quantico' star pulled out of the project ahead of her wedding.

Katrina believes she was destined to do 'Bharat', a period drama that reunites her with frequent collaborators Salman Khan and director Ali Abbas Zafar. "It came to me out of the blue. I was on the treadmill and the call came and I told Ali, 'are you joking?' Because they were leaving in a few days to shoot the film. Ali said, 'there is a little bit of change for some reason'. He sent me the script and I loved it. It was something that I wanted to take as a challenge. I felt there was a lot for me to do in the film. It was a fantastic experience."

Asked about reuniting with Salman and then Akshay Kumar in 'Sooryavanshi', Katrina said it is merely a coincidence.

"From what I am offered, I choose the best one. (It is) not on the basis of who is the actor in the film or whether it has Akshay or Salman. These are just the coincidences. In this industry, you end up working together for years. I read every script. It is just coincidence that these films have appealed to me.

"For me, the joy comes from my work, from the characters that I am playing than this (co-stars). (But) It is good to be working in a friendly environment and there is a sense of trust."

Katrina said Ali initially had a concern about the UP dialect that her character Kumud Raina speaks. So she worked with a dialect coach to capture the nuance. The actor believes it is important to feel satisfied with the choices one makes.

"I take my work seriously. I want to enjoy every film and role that I take up. I have never wavered from my choices. I am clear about my reasons to do a film. With time, you change as a person and what you get drawn to also changes. I am at peace with my choices.