Amitabh Bachchan greets fans outside Jalsa on his 77th birthday Like every year, fans gathered outside Jalsa to meet their favourite star on his birthday.

On his 77th birthday, Amitabh Bachchan thanked his fans by stepping out of his home at Juhu, as he was seen wearing white kurta-pyjama on the occasion.

Like every year, this year too he met with fans that had gathered outside his home, Jalsa. Some fans were seen holding placards and posters of Big B's filmy characters that he has portrayed over the years. Some were seen dressed as his characters from the movies. Also see in pictures: 12 lesser-known facts about the star's life.

On his 77th birthday, a fan brought him a 77 number made with ice in front of his house. 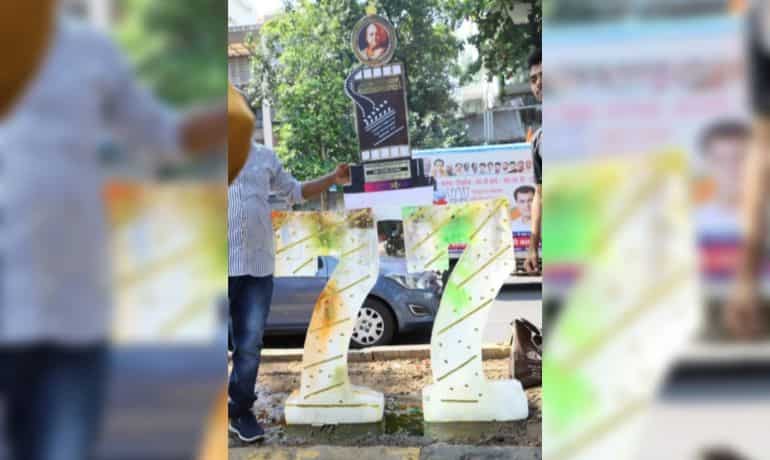 A group with #ABEFTeam came outside Jalsa wearing yellow shirts with Big B's photo on it.

Another fan took over Amitabh's rock and roll look of 'Jhoom Barabar Jhoom'. In the morning, Big B took to Twitter to thank his fans for the warm wishes on his birthday.

Meanwhile, this is how his daughter Shweta wished him on the social media.