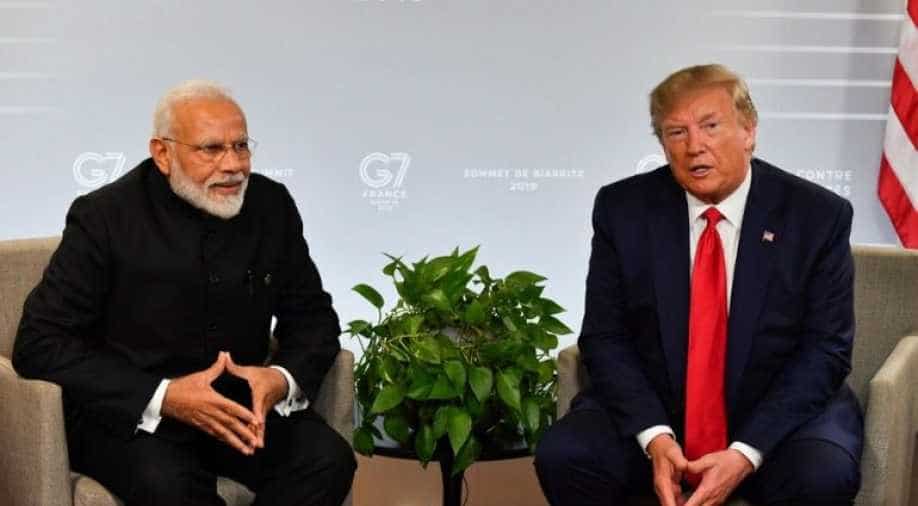 In June, the United States ended its preferential trade treatment for India, removing it from the Generalized System of Preferences programme that allowed duty-free entry for up to $5.6 billion worth of its annual exports to US.

Forty-four members of the US Congress have urged President Donald Trump's trade representative to restore trade concessions to India, saying the withdrawal of the privilege had led to retaliatory tariffs from New Delhi which were hurting US industry.

In June, the United States ended its preferential trade treatment for India, removing it from the Generalized System of Preferences (GSP) programme that allowed duty-free entry for up to $5.6 billion worth of its annual exports to the United States.

The elimination of GSP brought higher retaliatory tariffs from New Delhi on 28 US products including almonds, apples and walnuts.

In the letter addressed to United State Trade Representative Robert Lighthizer and dated September 17, the members of Congress said, "Just as US industries are harmed by lack of fair and reciprocal access to India's market, American companies and workers also are harmed by new tariffs due to the GSP termination."

A lot of American jobs depend on the trade between India and the United States, the US lawmakers said in the letter seen by Reuters.

The letter comes days ahead of a meeting between Trump and Indian Prime Minister Narendra Modi.

After the Trump administration’s decision to remove trade privileges from Indian products under the GSP, US and Indian trade negotiators met in July. But they failed to make any major progress on the issue of tariffs and other protectionist measures imposed by both sides.

The two sides had resumed trade talks after Trump and Modi met on the sidelines of the G20 summit in June and agreed to seek to deepen the two countries’ relationship.

Other than seeking the rollback of Indian tariffs imposed on agricultural products like almonds and apples, Washington has also expressed its concerns over India’s tightening of regulations that have undermined major US e-commerce companies like Walmart’s Flipkart and Amazon.

On September 22, Trump, who has repeatedly called out India for its high tariffs, will travel to Houston, Texas, to participate in an event with Modi and to "discuss ways to deepen their energy and trade relationship."

Modi will visit Houston to participate in an event called "Howdy Modi! Shared Dreams, Bright Futures," at the NRG Stadium which is expected to draw tens of thousands of people.