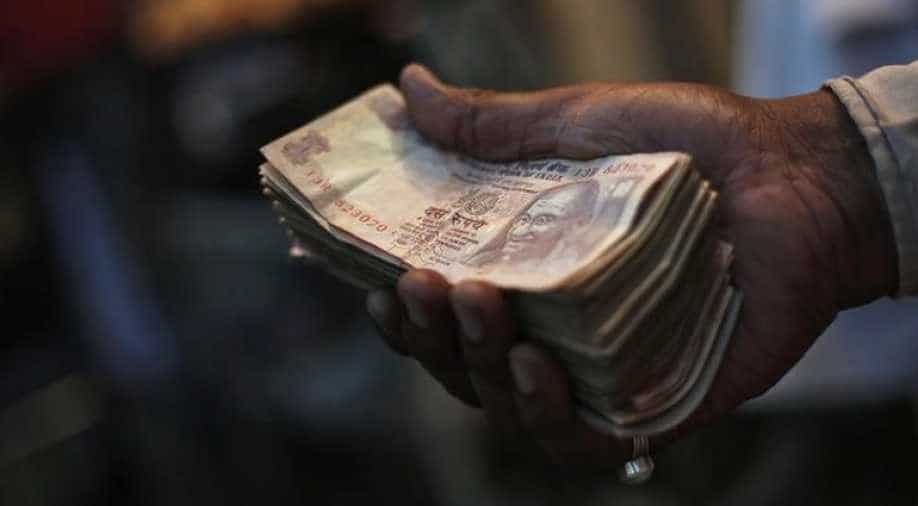 The charges are applicable on cash transactions in bank branches only, not on ATM transactions. Photograph:( Reuters )

After four cash deposits or withdrawals a month, HDFC bank will charge customers a minimum of Rs 150 on every cash transaction.

The charges will be levied on both savings and salary accounts but they will be applicable only on cash transactions at bank branches, not on ATM transactions.

HDFC made the announcement today in a circular. The charges will be effective immediately.

Some other banks, including ICICI bank and Axis bank, had started imposing the fee in early January.

Banks such as ICICI and Axis had already levied the charges in January, whereas HDFC has now done the same. The charges will be applicable only on cash transactions at bank branches and not ATM's (WION)

HDFC has also decided to cap third party cash transactions at Rs 25,000 per day, while cash handling charges have been withdrawn. For basic accounts, maximum four cash withdrawals would continue to remain free and there would be no fees for cash deposits.

ICICI bank website stated there will be no charge for first four transactions in a month at branches in a person's home city while Rs 5 per thousand rupees would be charged thereafter subject to a minimum of Rs 150 in the same month.

or non-home branches, ICICI bank would not charge anything for first cash withdrawal during the month but Rs 5 per thousand rupees would be levied thereafter, subject to a minimum of Rs 150. ICICI has kept the third party limit at Rs 50,000 per day.

At Axis bank, the first five transactions or Rs 10 lakh of cash deposits or withdrawals would be free and charged at Rs 5 per thousand rupees or Rs 150, whichever is higher.

However, there is still no information on whether the public sector banks will also impose these new charges.