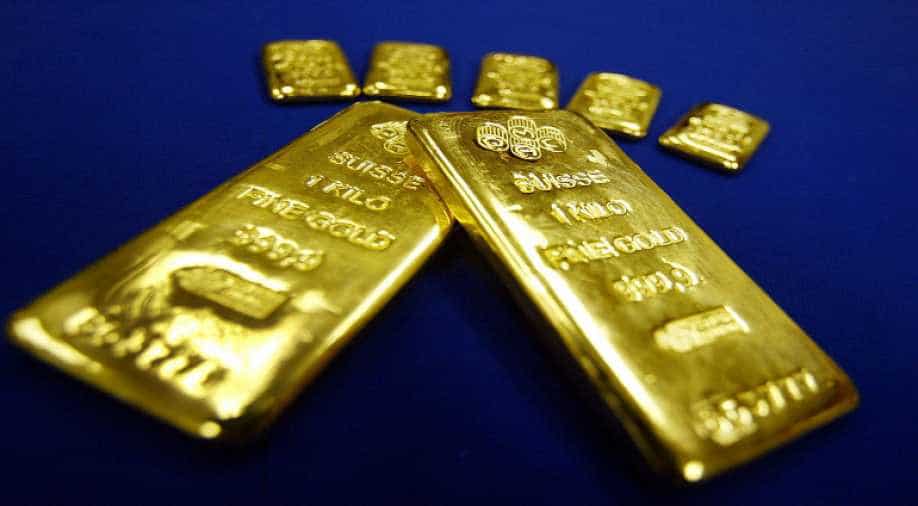 Follow Us
Gold gave up most of its gains on Tuesday after soaring to a near two-year peak in the previous session, as the market pulled back with the yellow metal failing to break a key resistance level.

Technical charts show spot gold may retrace towards a support at $1,323 per ounce, as it failed to break a resistance at $1,351, said Wang Tao, a Reuters market analyst for commodities and energy technicals.

"The precious metals had a very strong upside momentum in the past few sessions after the Brexit referendum. Some kind of pullback in the current market conditions seems justified," said Mark To, head of research at Hong Kong's Wing Fung Financial Group.

"It could be a very short-term correction," he said.

Gold, which has risen about 27 per cent so far this year, has gained 8 per cent since the Brexit vote as global stock markets plunged on economical and political uncertainties.

Analysts said central bank decisions, especially those of the US Federal Reserve, will be a major determinant for gold, which is often perceived as a hedge against economic and financial risk.

Britain's vote to leave the European Union (EU) has ramped up the urgency for some Asian central banks to ease monetary policy, as a prolonged period of uncertainty threatens a wider downshift in trade and investment.

"The collective bias towards renewed easing is going to be supportive for the precious group, going into July, particularly for gold and silver, while platinum and palladium will also be pulled higher," INTL FCStone analyst Edward Meir said in a note.

Asian shares snapped a five-session winning streak on Tuesday as investors took stock of a rally driven by hopes that central banks will provide more stimulus to offset a likely downturn triggered by Brexit.

The US dollar index, which tracks the greenback against a basket of six rival currencies, remained steady at 95.61.

Palladium, which fell over 4 per cent earlier in the session, was on track to register its biggest single-day loss since May 9. It was last down 3.3 per cent to $593.60.