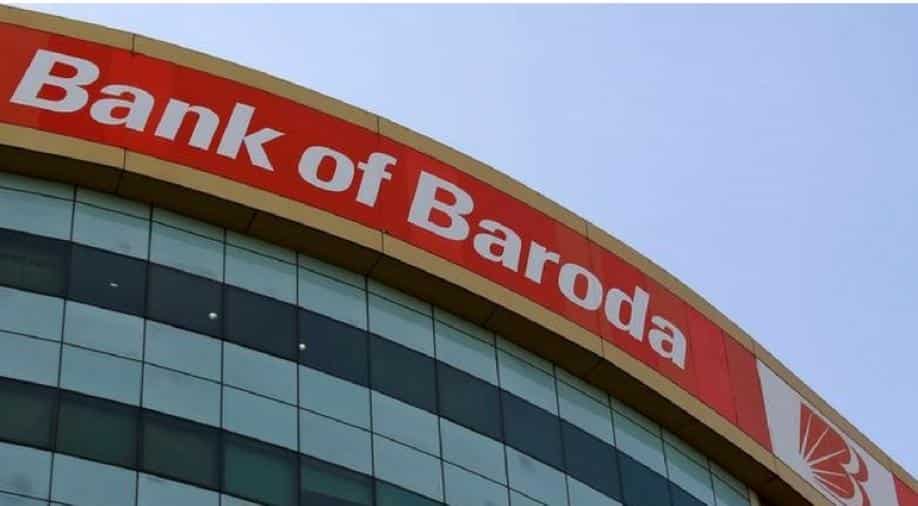 Close to 10 lakh bank employees protest the proposed merger of Vijaya Bank and Dena Bank with Bank of Baroda.

Banking operations will be affected Wednesday as close to 10 lakh employees of various public sector and some of the private and foreign banks are on a day-long strike to protest the proposed merger of Vijaya Bank and Dena Bank with Bank of Baroda.

The nation-wide strike would impact banking services like deposits and withdrawal at branches, cheque clearances and issuance of demand drafts, among others.

In September, the government had announced a merger of state-owned Vijaya Bank and Dena Bank with the larger peer Bank of Baroda.

The merged entity will have a combined business of Rs 14.82 trillion, making it the third largest bank after State Bank of India (SBI) and HDFC Bank.

The unions are claiming that the merger is not in the interest of banks or their customers and will, in fact, be detrimental to both.

Tamil Nadu: Visuals of bank strike from Coimbatore. Nine bank associations are protesting against the proposed merger of Vijaya Bank and Dena Bank with Bank of Baroda pic.twitter.com/nqCvQXrGcU

The government wants banks to grow in size through this amalgamation but even if all public sector banks are bundled into one, the merged entity cannot find a place among the top 10 globally, said United Forum of Bank Unions (UFBU), which has called for the one-day strike.

"This merger will see a large number of branches getting closed and customers will have to face hardships as already banks are burdened with the implementation of various government schemes such as Jan Dhan Yojana, Mudra, social security insurance, and Prime Minister's housing scheme, among others," the union said.

#MadhyaPradesh: United Forum of Bank Union (UFBU) protesting against the proposed merger of Vijaya Bank and Dena Bank with Bank of Baroda, in Bhopal pic.twitter.com/R0zP2P6BWp

UFBU is an umbrella organisation of nine unions, including the All-India Bank Officers Confederation, the All- India Bank Employees Association and the National Organisation of Bank Workers, among others.

Last week, public sector lender Bank of Baroda said the 'alternative mechanism' of the finance ministry had accorded in-principle approval for its merger with Dena Bank and Vijaya Bank.

The 'alternative mechanism' headed by Finance Minister Arun Jaitley had decided to merge the three banks with a view to creating a lender with considerable size, which will be stronger and sustainable.

The merger comes after the largest lender SBI merging its five subsidiary banks and taking over the Bharatiya Mahila Bank last year, which catapulted it to be among top 50 global lenders.

Bank management has mandated the industry lobby Indian Bank Association (IBA) to negotiate the wages for employees in the scales 1-3 but the unions want this to be raised up to scale 7.

The wage talks are on for the past 13 months between the unions and IBA, the latter has offered a wage revision of 8 per cent.