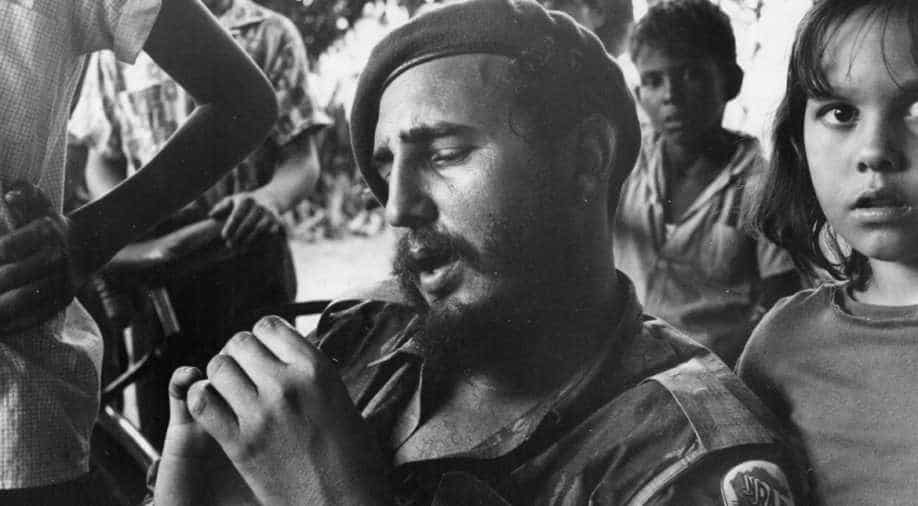 Russian President Vladimir Putin praised Fidel Castro as the "symbol of an era", the Kremlin said in a statement.

"The name of this distinguished statesman is rightly considered the symbol of an era in modern world history," Putin said in a telegram to Cuban President Raul Castro cited by the Kremlin. "Fidel Castro was a sincere and reliable friend of Russia.”

Castro, who died at the age of 90, ruled Cuba as a one-party state for almost half-a-century before handing over power to his brother Raul in 2008. His small army of guerrillas overthrew the military leader Fulgencio Batista in 1959 to widespread popular support and declared the revolution to be Marxist-Leninist in nature.

"Fidel stood up and strengthened his country during the harshest American blockade, when there was colossal pressure on him and, he still took his country out of this blockade to a path of independent development," Interfax news agency quoted Gorbachev as saying.

"In the past years, even when Fidel Castro was not formally in power, his role in strengthening the country was huge."

Gorbachev added that Castro would be remembered as a "prominent politician" who managed to leave a "deep mark in the history of mankind."

Fidel Castro embodied Cuba’s revolution in both its "hopes" and its later "disappointments", French President Francois Hollande said in a statement.

"An actor of the Cold War... he represented, for Cubans, pride in rejecting external domination," Hollande added, alluding to Castro’s defiance of the United States.

"I extend my deepest condolences to the government and the people of Cuba on the sad demise of Fidel Castro. May his soul rest in peace," Modi said in a tweet.

"We stand in support with the Cuban government and the people in this tragic hour. Fidel Castro was one of the most iconic personalities of the 20th century. India mourns the loss of a great friend," he said.

"The Chinese people have lost a good and true comrade," said Xi in a message read at the beginning of the nightly news on the country's main TV channel. "Comrade Castro will live forever."

Castro was "a great man of our time," said the president. "History and people will remember him," he added.

Xi said relations between the two communist nations grew quickly thanks to Castro`s efforts after diplomatic ties were established in 1960.

In a documentary aired shortly after Castro's death was announced, CCTV said that Fidel Castro admired Mao Zedong and "regretted not being able to get to know him."

Even though the two countries shared an ideology they remained distant due to Cuba`s closeness to the Soviet Union, China's rival from the 1960s, until Mao`s death in 1976.

There was a rapprochement after the fall of the Soviet Union, with Chinese leaders visiting Cuba several times.
President Xi "visited his old friend Fidel Castro" in July 2014, CCTV said.