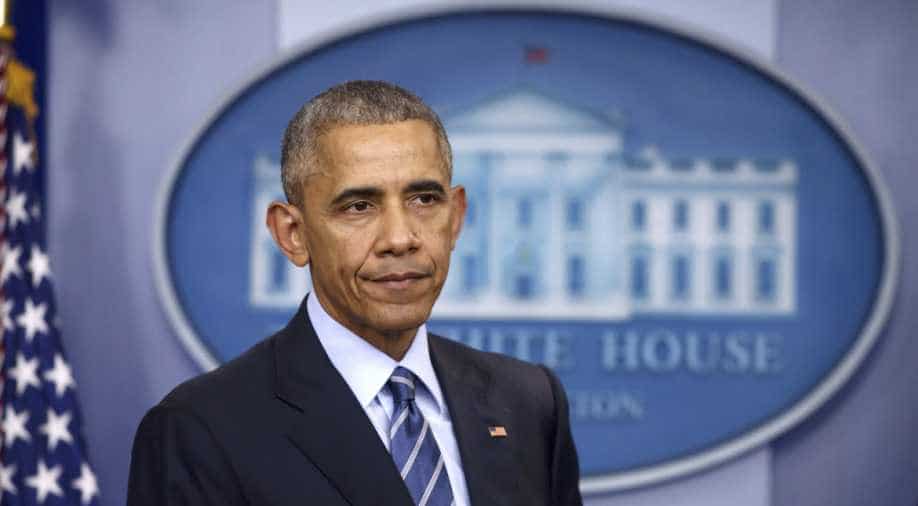 Obama said Syrian President Bashar al-Assad and his allies were responsible for the war in Syria and the blood of innocent people was on their hands. Photograph:( Reuters )

US President Barack Obama on Friday said he warned Russian President Vladimir Putin to "cut it out" after Democratic Party emails were hacked.

During a pre-Christmas press briefing, Obama said in the sidelines of the G 20 meetings held in China he asked Putin to stop interefering in US politics.

He added that after the warning there was no more evidence of Russian hacking.

"The intelligence that I've seen gives me great confidence in their assessment that the Russians carried out this hack," Obama said refering to the latest evidence by CIA that Russia meddled in the November 8 presidential election.

Obama also said he hoped Trump would be concerned over Russia and that this must not become a "political football" between Democrats and Republicans.

He cautioned Trump that change in US policy towards Taiwan will have consequences from China.

"For China, the issue of Taiwan is as important as anything on their docket."

"The idea of one China is at the heart their conception as a nation and so if you are going to upend this understanding, you have to have thought through what the consequences are."

'United in horror'
Obama said the world was "united in horror" at the battle in Aleppo and that Syrian President Bashar al-Assad and his allies were responsible for atrocities committed against the people in Syria.

"Responsibility for this brutality lies in one place alone: with the Assad regime and its allies Russia and Iran. And this blood and these atrocities are on their hands."

The President also defended US involvement in Syria saying he understood the need to take action against what was happening but "Unless we were all in and willing to take over Syria, we were going to have problems."  Adding it would need "putting large numbers of US troops on the ground, uninvited, without any international law mandate."