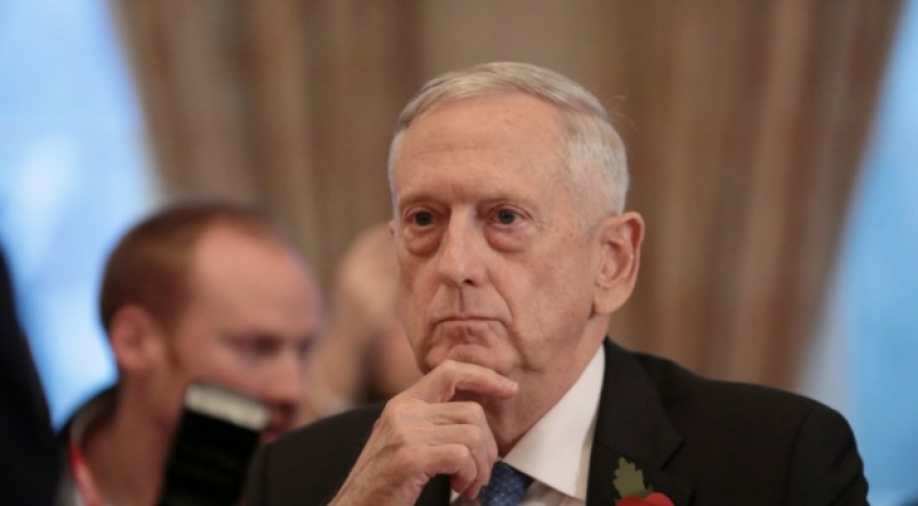 'We will continue to prosecute the campaign against terrorists that we are engaged in today, but great power competition, not terrorism, is now the primary focus of US national security,' Mattis said. Photograph:( Reuters )

The US military has put countering China and Russia at the centre of a new national defence strategy unveiled on Friday, the latest sign of shifting priorities after more than a decade and a half of focussing on the fight against Islamist militants.

In presenting the new strategy, which will set priorities for the Pentagon for years to come, Defense Secretary Jim Mattis called China and Russia "revisionist powers" that "seek to create a world consistent with their authoritarian models."

The "National Defense Strategy" represents the latest sign of hardening resolve by President Donald Trump's administration to address challenges from Russia and China, at the same time he is pushing for improved ties with Moscow and Beijing to rein in a nuclear North Korea.

"We will continue to prosecute the campaign against terrorists that we are engaged in today, but great power competition, not terrorism, is now the primary focus of US national security," Mattis said in a speech presenting the strategy document, the first of its kind since at least 2014.

It sets priorities for the US Defense Department that are expected to be reflected in future defence spending requests. The Pentagon on Friday released an unclassified, 11-page version of the document, which did not provide details on how the shift towards countering China and Russia would be carried out.

Russian Foreign Minister Sergei Lavrov, speaking through an interpreter at a news conference at the United Nations, said the United States was using a confrontational approach.

"It is regrettable that instead of having a normal dialogue, instead of using the basis of international law, the US is striving to prove their leadership through such confrontational strategies and concepts," Lavrov said.

There was no immediate response from China.

Elbridge Colby, deputy assistant secretary of defence for strategy and force development, said at a briefing with reporters that Russia was far more brazen than China in its use of military power.

China, on the other hand, was described as economically and militarily ascendant. China has embarked on a far-reaching military modernization that Colby said was in "deep contravention to our interests."

Experts praised the document's targeting of the largest national security threats rather than the longer lists of risks in some previous strategies. But without knowing the budget commitments, it was difficult to assess if it was a sound strategy.

"If we don't actually see where the money is, you know, there is the danger that it could become all words," said Mara Karlin, a fellow at the Brookings Institution think tank and a senior defence official in the Obama administration.

The document also listed North Korea among the Pentagon's priorities, citing the need to focus US missile defences against the threat from Pyongyang, which beyond its nuclear weapons has also amassed an arsenal of biological, chemical, and conventional arms.

The document said that international alliances would be critical for the US military, by far the world's best-resourced. But it also stressed a need for burden-sharing, an apparent nod to Trump's public criticism of allies who he says unfairly take advantage of US security guarantees.

Trump has called the NATO alliance "obsolete", but Mattis said the United States would strengthen its traditional alliances while building new partnerships and listening more to other nations' ideas.

"We will be willing to be persuaded by them, recognising that not all good ideas come from the country with the most aircraft carriers," Mattis said.

The Pentagon is also working on a policy document on the country's nuclear arsenal. While Mattis did not specifically address that review, he said the priority is deterrence.

"How do we maintain a safe and effective nuclear deterrence so those weapons are never used? It is a nuclear deterrent, it is not a war fighting capability unless it is the worst day in our nation or the world's history," Mattis said.

Mattis had harsh words for the US Congress and its inability to reach agreement on budgets.

The US military's competitive edge has eroded "in every domain of warfare" he said, partly because of inconsistent funding. A bill to fund the government only through Feb. 16, approved on Thursday night by the House of Representatives, appeared on the verge of collapse in the Senate.

"As hard as the last 16 years of war have been, no enemy in the field has done more to harm the readiness of the U.S. military than the combined impact" of spending caps and short-term funding.