US turns down Chinese airlines' request for additional flights 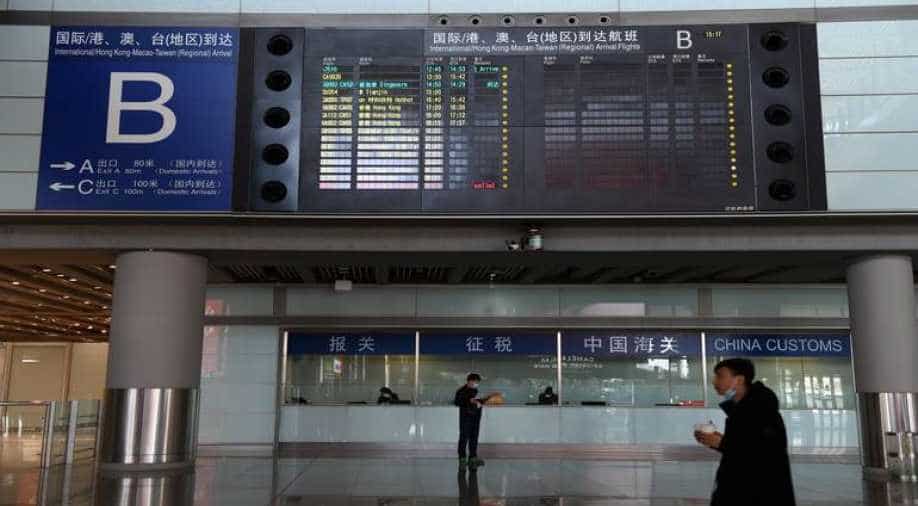 This file photo taken on March 27, 2020 shows people standing below a board showing international arrivals, in the empty arrivals area at Beijing Capital Airport. Photograph:( AFP )

"The Department has conveyed to our Chinese counterparts that this order is a procedural matter only and that it should not be viewed as an escalation on our part," the Transportation Department statement said.

The United States on Friday turned down a request by Chinese airlines for additional weekly flights between the two countries but said the decision was not meant to escalate tensions over travel restrictions.

In a statement, the US Department of Transportation said the decision was made to "maintain the parity" in scheduled passenger services between the two countries, adding it was willing to review the decision if Chinese aviation authorities adjusted their policies affecting US carriers.

"The Department has conveyed to our Chinese counterparts that this order is a procedural matter only and that it should not be viewed as an escalation on our part," the Transportation Department statement said.

Earlier this week, the United States and China said they would each allow four weekly flights between the two countries.

The Transportation Department said on Monday in its revised order on China flights that the US government still hoped China will agree to restore full U.S. flight rights under their bilateral aviation agreement.

The United States had threatened to bar Chinese passenger flights on June 16 due to Beijing's curbs on U.S. airlines amid simmering tensions between the world's two largest economies, and has raised concerns about the number of charter flights Chinese carriers want to fly.

Among US airlines, Delta Air Lines and United Airlines had each sought to restart daily passenger flights to China in June but changed their plans in the absence of government approval.