US military defends air strikes as Taliban warns of 'consequences' 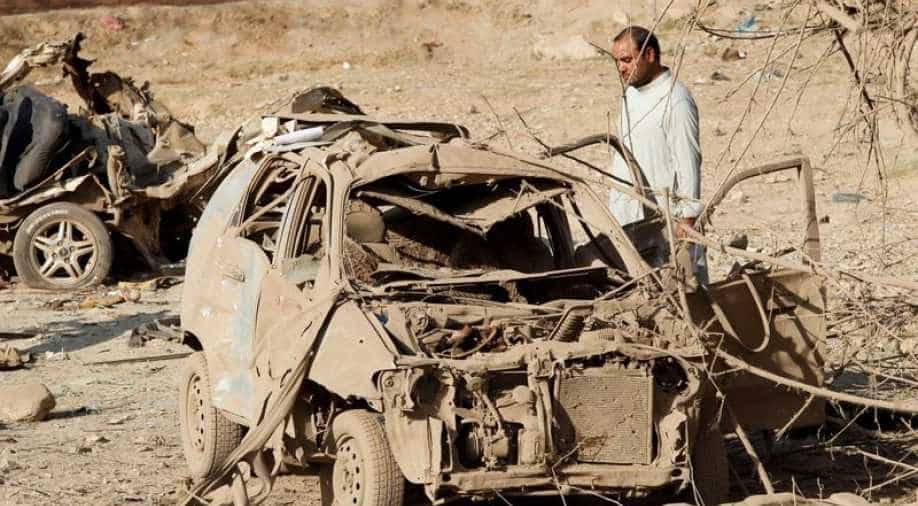 The Taliban launched a major offensive in the southern province of Helmand in a bid to take the provincial capital, prompting U.S. air strikes in support of Afghan security forces, which were being overrun.

The U.S. military on Sunday defended its air strikes against Taliban fighters last week as the insurgent group accused Washington of violating their signed agreement and warned of consequences if such actions continued.

The Taliban launched a major offensive in the southern province of Helmand in a bid to take the provincial capital, prompting U.S. air strikes in support of Afghan security forces, which were being overrun.

The U.S.-Taliban agreement, signed in Doha, provides for foreign forces to leave Afghanistan in exchange for security guarantees and a pledge from the insurgents to sit down with the Kabul administration to find a peaceful settlement to decades of war.

"Responsibility and consequences from continuation of such actions shall fall squarely on the shoulders of the American side," Ahmadi warned, adding that air and drone strikes had also been carried out in other provinces.

Col. Sonny Leggett, spokesman for the U.S. forces, denied that the strikes violated the agreement.

"The entire world has witnessed the Taliban`s offensive operations in Helmand - attacks which injured and displaced thousands of innocent Afghan civilians," Leggett tweeted, reiterating a call for "all sides" to reduce violence.

Talks between Taliban and Afghan government negotiators began last month in Doha, but the process has only moved slowly, while violence has continued. Diplomats and officials have said this is sapping the trust required for the talks to succeed.

After the Helmand fighting, U.S. special envoy to Afghanistan Zalmay Khalilzad said on Thursday that the Taliban had agreed to "reset" their commitments and reduce the number of casualties.

Earlier this month, the Taliban welcomed U.S. President Donald Trump`s tweet that all American troops should be "home by Christmas" - well before the May 2021 timeline agreed in Doha.