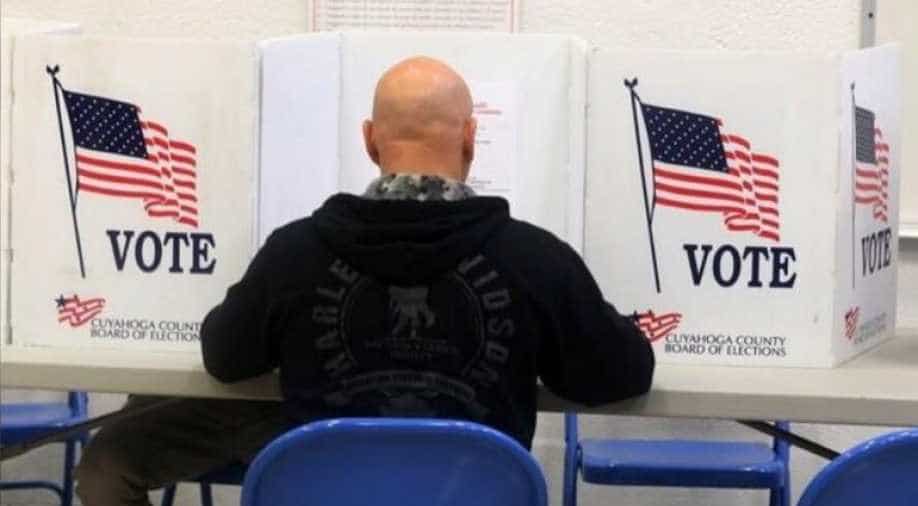 File photo: A voter casts his ballot during the US presidential election in Medina, Ohio, US November 8, 2016. Photograph:( Reuters )

Attorney General William Barr's administrative review of what would become the Mueller investigation is now a criminal probe.

A US Justice Department review into the origins of the probe into Russia's alleged interference in the 2016 US presidential election is now a criminal investigation, a person familiar with the matter said on Thursday (October 24).

The person, who spoke to Reuters on condition of anonymity, declined to say whether a grand jury has been convened in the investigation.

The development was first reported by the New York Times.

US Attorney General William Barr launched a review earlier this year to investigate President Donald Trump's complaints that his campaign was improperly targeted by US intelligence and law enforcement agencies during the 2016 election.

As part of his inquiry, Barr has asked Australian and British justice officials for assistance and visited Italy twice, meeting intelligence agents in Rome in August and September to learn more about people mentioned in Mueller's report.

Mueller's investigation found that Moscow interfered in the 2016 election to help Trump, and led to criminal convictions of several former campaign aides. But Mueller concluded that he did not have enough evidence to establish a criminal conspiracy with Russia.

Barr appointed Connecticut State Attorney John Durham to lead the review of whether US intelligence and law enforcement agencies acted properly when they examined possible ties between the Trump campaign and Russia, which ultimately led to the Mueller investigation.

Trump, who calls the Russia investigation a witch hunt and a hoax, says US officials launched the probe to undermine his chances of winning the White House, although he and his supporters have provided no evidence.

Trump is also grappling with a Democratic-led impeachment inquiry focused on his request in a July telephone call to Ukrainian President Volodymyr Zelenskiy to investigate former Vice President Joe Biden, who is a leading contender for the Democratic presidential nomination to face Trump in the 2020 election.