US expects to resume refugee admissions on Monday 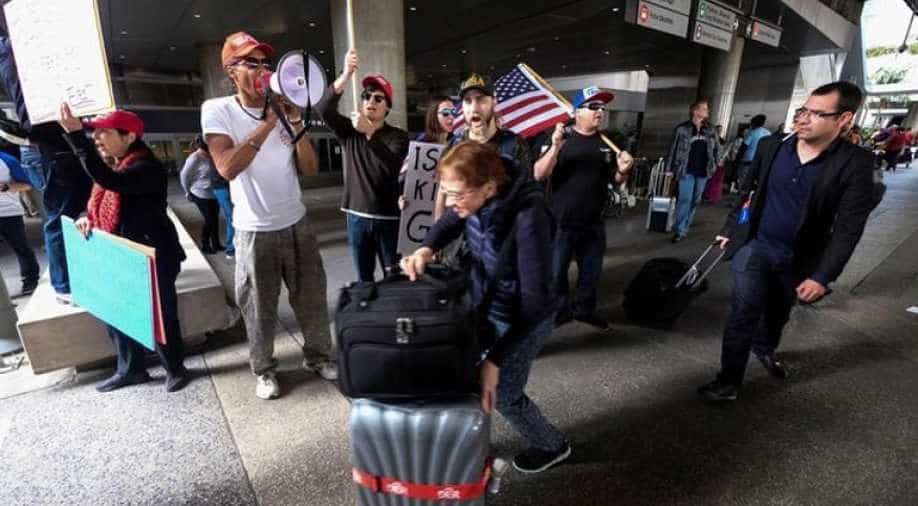 On the long and winding road to resettling as a refugee in the United States, the last eight days have brought their share of frustration, hope, relief and uncertainty.

After a federal judge late on Friday temporarily lifted the ban barring the entry of refugees for 120 days and Syrian refugees indefinitely, the US State Department said on Saturday that officials "expect some refugees to arrive Monday".

Refugees do not usually enter on weekends, an official said, as the department hews to a strict set of rules on how their admissions are processed.

Other travellers from seven Muslim-majority countries affected by President Donald Trump's week-old curb on immigration can rework their flights after the judge's order, as long as they have valid visas.

Refugees fleeing war, hunger and persecution have less autonomy. Advocates working on their behalf urged the government to move quickly on admitting them.

International Refugee Assistance Project Director Becca Heller called for "the instant resumption of the US Refugee Admissions Program to immediately take the most vulnerable refugees out of harm's way".

During the week of the ban, the government admitted 843 refugees -- but no Syrian refugees, government figures show. Officials previously told Reuters that they were "in transit" and had already been cleared for resettlement before the ban took effect.

The New York Times reported on Saturday that Lawrence Bartlett, the State Department’s director of refugee resettlement, wrote in a department email that officials were working to rebook travel for refugees who had previously been scheduled to leave for the United States over a three-week period ending February 17.

A United Nations spokesman, Leonard Doyle, told the newspaper about 2,000 refugees were ready to travel.

For refugee families, they are trying to keep expectations in check and hope they do not end up back where they started.

Ayham Oubeid, a Syrian living in Cleveland, has been waiting for over a year for his brother George's family to come to the United States as refugees. His brother, who has health issues, is living in Dubai on a work visa that covers him, his six-year-old daughter and five-months pregnant wife.

George left his job and moved the family out of their apartment when he was told they would be resettled in the United States on February 13. But the family's plane tickets were cancelled when Trump announced the temporary ban. Without George’s job, the family could lose the work visa and be sent back to Syria in the midst of its deadly civil war.

Upon hearing of the judge's ruling from Friday, Oubeid called George. He was careful not to be too hopeful, knowing the judge's order could be overturned.

Day after WHO's accusations of racism, Taiwan responds

Coronavirus crisis without PPE: Nurses in US, UK forced to wear trash bags