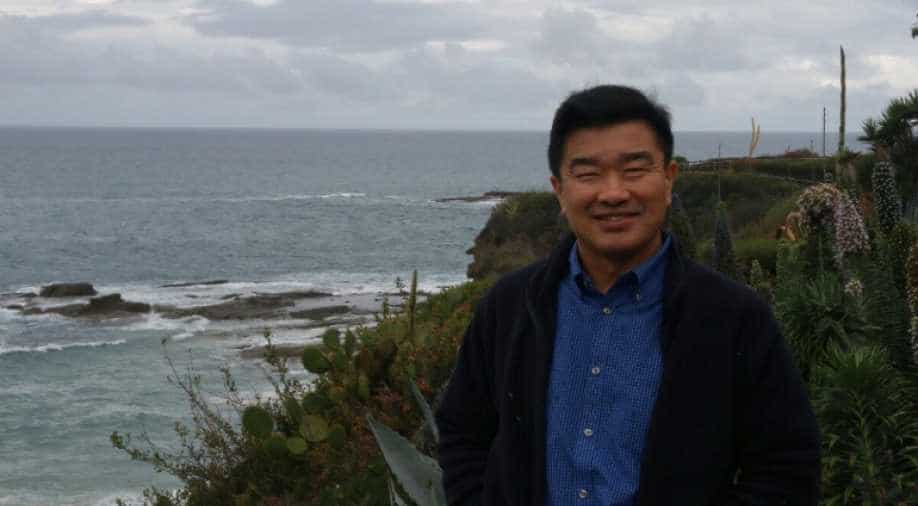 File photo of Tony Kim, one of the three Americans being held captive by North Korea. Photograph:( Reuters )

The US government is looking into reports that three Americans detained in North Korea have been relocated from a labour camp to a hotel near Pyongyang ahead of a planned summit between President Donald Trump and North Korean leader Kim Jong-un, a US official said on Wednesday.

The official, speaking on condition of anonymity, said there was no immediate confirmation of any change in the detainees' status. Trump administration officials have pressed for their release as a show of goodwill by North Korea before the unprecedented US-North Korea summit expected in late May or early June.

"As everybody is aware, the past Administration has long been asking for three hostages to be released from a North Korean Labor camp, but to no avail. Stay tuned!" Trump said in a Twitter post late on Wednesday.

As everybody is aware, the past Administration has long been asking for three hostages to be released from a North Korean Labor camp, but to no avail. Stay tuned!

Earlier on Wednesday, South Korean media reports quoted a South Korean activist as saying North Korea had relocated the three Americans from a labour camp to a hotel on the outskirts of Pyongyang. Choi Soung-yong, the activist, told Reuters that Kim Hak-song, Tony Kim and Kim Dong-chul were moved in early April following instructions from superior authorities, citing residents in Pyongyang.

The United States and North Korea "seem to have decided on a date to release these people," said Choi. "North Korea probably wants to straighten out their affairs rehabilitate them."

The activist added the three were being kept in separate rooms in the same hotel and said he did not know what had happened to them since being relocated.

"We cannot confirm the validity of these reports," a US State Department spokeswoman said.

"The welfare and safety of US citizens abroad is one of the highest priorities of the Department of State. We are working to see US citizens who are detained in North Korea come home as soon as possible," she said.

Randall Brandt, a spokesman for Tony Kim’s family, said in an email: "While we are encouraged by overall momentum, the family has no indication of a release and has had no contact with Tony since Ambassador Yun last June."

He was referring to Joseph Yun, the State Department's former North Korea negotiator, who saw the detainees on a visit to Pyongyang last year.

Sol Kim, the son of detainee Tony Kim, said on social media that he is optimistic but has no information.

"We are hopeful but we have no indication that they have been released. Thank you for your continued prayers and efforts to help bring them home," he said.