Under US Republican bill, 23 million would lose health coverage: Watchdog 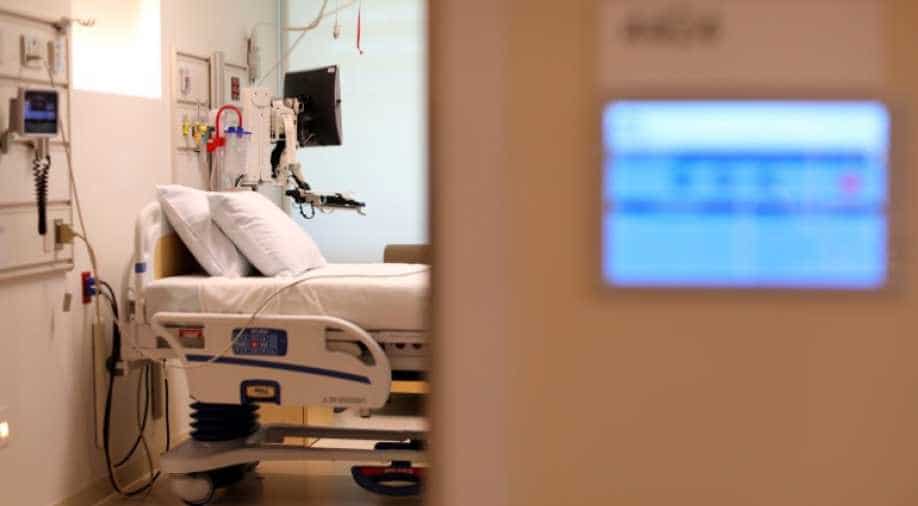 A bill passed by US House Republicans would cause 23 million people to lose healthcare coverage by 2026 while de-stabilising health insurance markets in some states and making it hard for sick people to buy insurance, a budget watchdog agency said on Wednesday.

The Congressional Budget Office, a non-partisan group of experts who analyse US legislation, said the bill would reduce federal deficits by $119 billion between 2017 and 2026.

The report could give added ammunition to Democrats who have accused President Donald Trump and congressional Republicans of putting sick and low-income people at risk with their effort to roll back former President Barack Obama's signature 2010 healthcare law, formally known as the Affordable Care Act but often called Obamacare.

The report also complicates the job of Senate Republicans - some of whom already have doubts about the House bill - as they craft their own healthcare legislation.

Republicans have sought to unravel Obamacare since its passage and Trump promised on the campaign trail to repeal it, saying it is too costly and an overreach by government in the healthcare market.

As Trump and Republican leaders sought to bring wavering lawmakers on board with the House bill, they added a controversial last-minute amendment that would give states leeway to drop an Obamacare requirement that forces insurers to charge sick and healthy people the same insurance rates.

Another change would allow states to decide whether to require insurers to cover health benefits such as maternity care and prescription drugs that are mandatory under current law.

But the CBO report said the amendment would make it difficult or impossible for people in poor health to purchase comprehensive coverage in some states.

"People who are less healthy (including those with preexisting or newly acquired medical conditions) would ultimately be unable to purchase comprehensive non-group health insurance at premiums comparable to those under current law, if they could purchase it at all," the CBO report said.

The CBO said markets for people to buy individual insurance plans could then become "unstable" in states that choose to waive the Obamacare requirements for coverage of pre-existing medical conditions and essential health benefits.

Even before the report, many Republican senators were wary of the House version of the healthcare bill, saying it unraveled Obamacare too much and too quickly. About 20 million people gained insurance under Obamacare.

The House bill would eliminate most Obamacare taxes that help subsidise private health coverage for individuals, roll back the government's Medicaid health plan for the poor and disabled and replace the law's income-based tax credits for buying medical coverage with credits based on age.

A group of 13 Republican senators led by Senate Majority Leader Mitch McConnell is expected to draft its own version of the healthcare bill in the coming months. McConnell, however, told Reuters on Wednesday he does not yet know how Republicans will get the necessary votes.

"This is a very challenging undertaking," McConnell said.

After the release of the CBO report, several Republican senators said they could not support the House bill.

"While I am in favor of repealing Obamacare, I am opposed to the American Health Care Act in its current form," Republican Senator Dean Heller said in a statement.

Republican Senator Susan Collins said too many people would lose insurance and that older and low-income Americans would be hurt.

House Republicans, who argue their healthcare bill would allow insurance markets to function more efficiently, focused on the projected budget savings from it and a finding in the CBO report that said insurance premiums for some people would decline.

Groups representing hospitals, insurers and doctors who opposed the House bill said the CBO report showed the Senate should start fresh with an eye to maintaining coverage and benefits.

Democrats also blasted the bill and said the CBO report proved it would be catastrophic for millions of people who would lose health insurance.

"The report makes clear Trumpcare would be a cancer on the American healthcare system," Senate Democratic leader Chuck Schumer said at a news conference.

The new CBO score predicts the AHCA would cover 1 million more Americans than Republicans' previous version of the bill, which the agency estimated would have left 24 million more people uninsured than Obamacare in 2026.

To allay concerns about coverage of people with pre-existing illnesses, House Republicans allocated an additional $8 billion over five years in their bill to help sick people pay for insurance premiums but the CBO said the money would not be enough to help them afford coverage.

Reaction on Wall Street was muted, with shares of hospitals affected by the cuts to Medicaid, like Community Health Systems, and health insurers specialising in Medicaid, such as Molina Healthcare and Centene Corp unchanged in light after-hours trading.

The Republicans' first attempt at undoing Obamacare this year resulted in a setback for the Trump agenda in March. Conservative and moderate Republican factions in the House were opposed to the initial legislation and the leadership decided not to put it up for a vote.