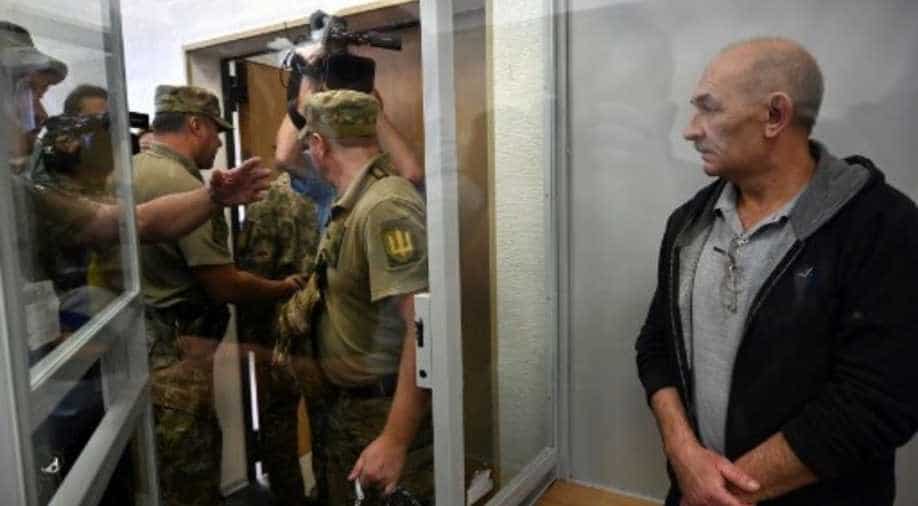 Ukraine captured Vladimir Tsemakh, accused of fighting for pro-Russian separatists, in June, but he is believed to be a person of interest in the downing of MH17.

A court in Ukraine on Thursday released from pre-trial detention a man suspected of involvement in the downing of flight MH17, amid speculation he might be used in a prisoner swap with Russia.

Ukraine captured Vladimir Tsemakh, accused of fighting for pro-Russian separatists, in June, but he is believed to be a person of interest in the downing of MH17.

European lawmakers described him as a "key suspect" and asked Kyiv to make him available for testimony in the probe.

An AFP journalist was present as appellate court judge Yury Sliva in Kyiv ruled to release Tsemakh, cautioning him to remain available for questioning and not attempt to flee.

Tsemakh is a Ukrainian who is believed to have been in charge of air defence in the forces of the separatist Donetsk People's Republic near Snizhne in eastern Ukraine.

This is where Malaysia Airlines flight MH17 came down in 2014, killing 298 people, most of them Dutch citizens.

Through his involvement in MH17 has never been confirmed by Ukraine, 40 European lawmakers on Wednesday asked President Volodymyr Zelensky to make sure he is available to be questioned by the Dutch-led Joint Investigation Team.

Russian and Ukrainian media have reported that Moscow is demanding that Tsemakh be handed over to Russia as part of an expected prisoner swap between the two countries.

Several high-profile Ukrainian prisoners are to be released from Russian jails under the swap, but the process had stalled amid reports that some Ukrainians have already been moved to Moscow from their prisons.

Dutch MEP Kati Piri said demanding the exchange of Tsemakh is a "strange request" which "suggests that the Russian government wants to prevent this suspect from appearing in court".

A Ukrainian source close to the talks told AFP that the exchange will happen "soon," possibly this week, but refused to comment on whether Tsemakh is among the individuals prepared for the swap.

The MH17 Boeing jet en route from Amsterdam to Kuala Lumpur was shot down by a BUK anti-aircraft missile.

Dutch investigators say the projectile originated from the Russian military's 53rd anti-aircraft missile brigade after it was transported to Snizhne from Russia's south-west Kursk region.

Tsemakh's release provoked criticism in Ukraine, with some predicting there would be consequences for the attempts by Ukraine's new president to build relations with the European Union.