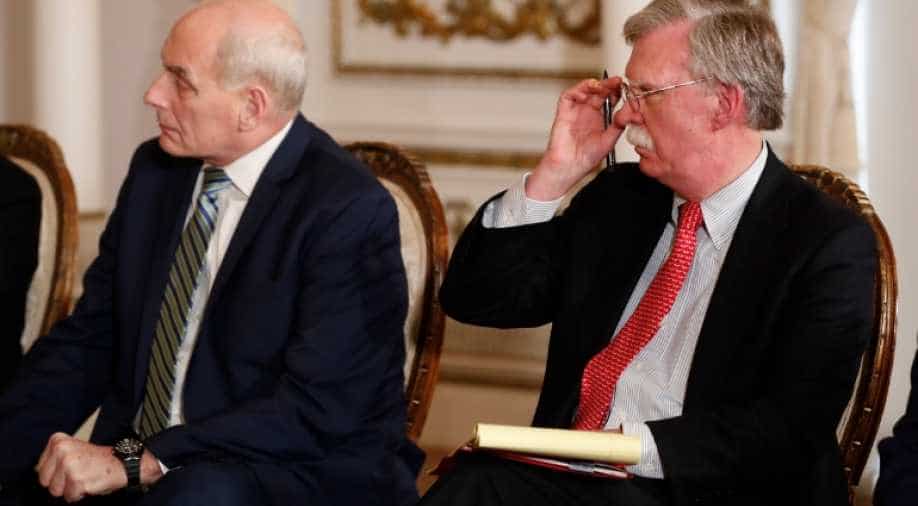 A senior White House official said later that Nielsen and Bolton had a nice conversation in Bolton's office after the exchange and agreed the goal was to protect borders.

Two of President Donald Trump's top advisers got into a heated exchange outside the Oval Office on Thursday as passions boiled over about how to handle illegal immigration, two sources familiar with the incident said.

One source described the argument as a "tense exchange" but said that it had blown over, and that it involved the job performance of Homeland Security Secretary Kirstjen Nielsen, a former deputy to Kelly. Another source said it was "not a big deal."

Trump, asked about the incident, told reporters: "That I have not heard about."

A senior White House official said later that Nielsen and Bolton had a nice conversation in Bolton's office after the exchange and agreed the goal was to protect borders.

Earlier this year, the New York Times reported that Nielsen was close to resigning after being criticized by Trump at a Cabinet meeting for what he said was her failure to secure US borders.

White House spokeswoman Sarah Sanders said in a statement: "While we are passionate about solving the issue of illegal immigration, we are not angry at one another. However, we are furious at the failure of Congressional Democrats to help us address this growing crisis."

Trump threatened on Thursday to deploy the military and close the southern US border as Hondurans and Salvadorans joined thousands of migrants in Guatemala hoping to travel north.

"I must, in the strongest of terms, ask Mexico to stop this onslaught – and if unable to do so I will call up the US Military and CLOSE OUR SOUTHERN BORDER!' Trump said in a tweet.