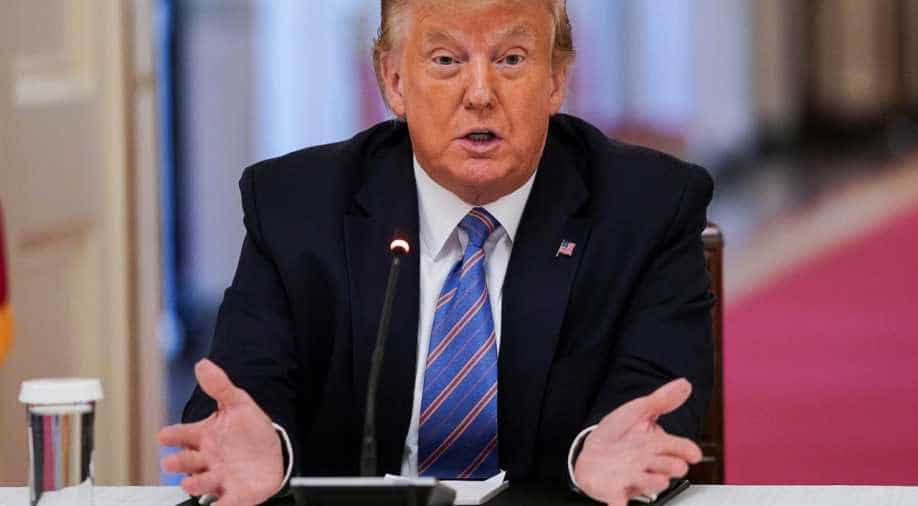 "I'm going to do a big executive order. I have the power to do it as president and I'm going to make DACA a part of it," Trump said in an interview with Telemundo Noticias.

US President Donald Trump is working on an executive order to establish a merit-based immigration system, the White House has said.

"I'm going to do a big executive order. I have the power to do it as president and I'm going to make DACA a part of it," Trump said in an interview with Telemundo Noticias.

It began in 2012 under then-president Barack Obama and has allowed some 700,000 people brought without papers to the United States as children to live, work and study without danger of being deported. Most of them are Latin American.

In 2017, Trump tried to cancel the programme but the Supreme Court ruled last week that the administration had acted with weak legal justification and it let DACA stand for now.

The ruling suggested there are legal administrative methods Trump could use to cancel DACA, putting the onus back on the administration if it wants to pursue the issue.

Trump said in the interview that in the wake of the court ruling, he would issue an order addressing migration issues that include DACA.

"We're going to have a road to citizenship," he said.

Trump is facing an uphill battle to reelection in November and has made cutting immigration -- both legal and illegal -- a cornerstone of a platform aimed at his white, working-class base.

Hours after Trump spoke, the White House put out a statement that seemed to walk back his remarks on creating a path to citizenship for DACA beneficiaries.

"As the President announced today, he is working on an executive order to establish a merit-based immigration system to further protect US workers," White House spokesman Judd Deere said.

"Furthermore, the President has long said he is willing to work with Congress on a negotiated legislative solution to DACA, one that could include citizenship, along with strong border security and permanent merit-based reforms," he added.

"This does not include amnesty. Unfortunately, Democrats have continually refused these offers as they are opposed to anything other than totally open borders," said the White House in a statement.

During the interview, Donald Trump alleged the Opposition broke the deal with him on the DACA.

"I had a deal with the Democrats and they broke the deal. The DACA could have been taken care of two years ago, but the Democrats broke the deal. All of a sudden they just broke it for no reason. Actually, they had a court case that slightly went their way, and they said, 'Oh, let's not talk about the deal anymore,'" he said.