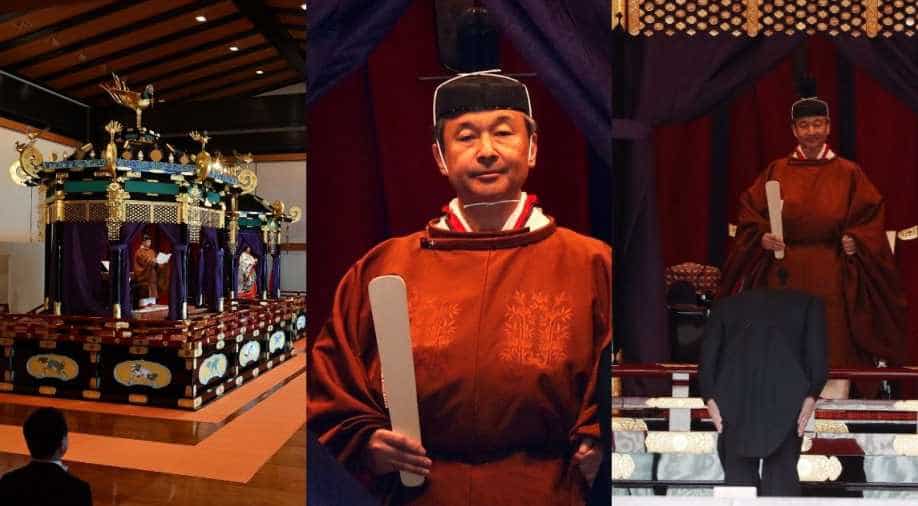 J-pop group Arashi performed a song composed for the event

Tens of thousands of people gathered on Saturday at a national festival to celebrate the enthronement of Japan's Emperor Naruhito with dancers and pop stars offering jubilant performances.

Some 10,000 citizens who won hard-to-get tickets and 20,000 invited guests attended the evening festival at Tokyo's Imperial Palace Plaza, which was broadcast live across the nation.

The festival came after Naruhito completed his ascension to the Chrysanthemum throne on October 22 in a ceremony steeped in the traditions and grandeur of a monarchy that claims 2,000 years of history.

"I am grateful to you gathering here today for your congratulations," Naruhito told a flag-waving crowd, standing on a stone bridge at the palace with Empress Masako following congratulatory speeches by Prime Minister Shinzo Abe and other notable figures.

J-pop group Arashi performed a song composed for the event.

Earlier in the day, another 30,000 people enjoyed local dancing performances at the venue.

On Sunday, the royal couple will parade in a convertible car along a 4.6-kilometre route from the palace to their residence in central Tokyo to mark the enthronement.

The parade was originally scheduled for October 22 but postponed after more than 80 people were killed when Typhoon Hagibis slammed into Japan and caused widespread damage.

In his brief speech, the emperor offered his condolences to the victims and voiced his "sincere hope" for an early recovery from the disaster.