Syria's Assad says no chance of truce in Aleppo 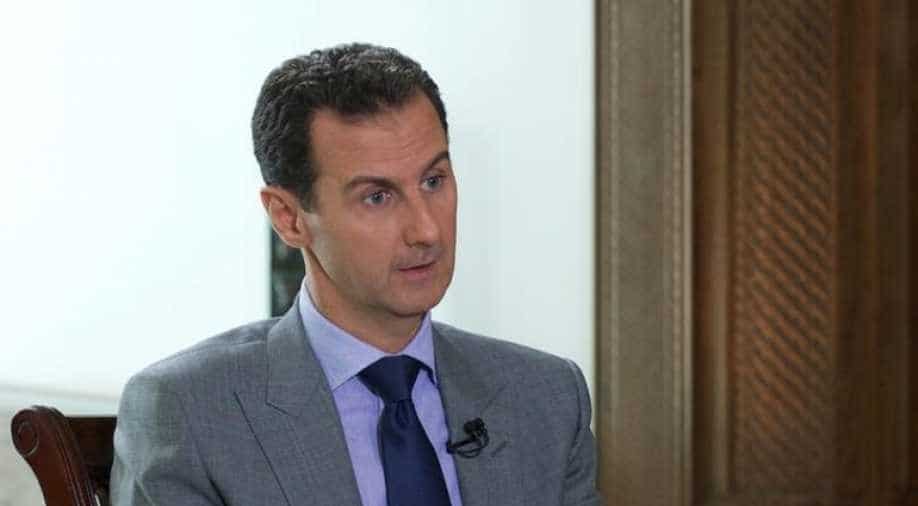 'The Americans in particular are insisting on demanding a truce, because their terrorist agents are now in a difficult situation,' Assad told the Al-Watan newspaper. Photograph:( AFP )

Syrian President Bashar al-Assad said a victory for his army in Aleppo would be a "huge step" towards ending the country's five-year civil war, as rebels in Syria's second city lost more ground.

In an interview with Syrian daily Al-Watan, published Thursday, Assad said defeating the beleaguered rebels in Aleppo would not put an end to Syria's conflict.

"It's true that Aleppo will be a win for us, but let's be realistic -- it won't mean the end of the war in Syria," Assad said.

"But it will be a huge step towards this end."

In a blistering three-week offensive, Syrian government forces have seized about 80 per cent of east Aleppo, a stronghold for rebel groups since 2012.

Increasingly cornered in a pocket of territory in the city's southeast, opposition factions on Wednesday called for an "immediate five-day humanitarian ceasefire".

When asked about the possibility of a truce in Aleppo, Assad said, "it's practically non-existent, of course".

"The Americans in particular are insisting on demanding a truce, because their terrorist agents are now in a difficult situation," Assad told Al-Watan.

US secretary of state John Kerry held fresh talks with his Russian counterpart Sergei Lavrov in Germany Wednesday but no breakthrough emerged on efforts to halt the fighting in the devastated city.

"We intend to meet again (Thursday) morning," Kerry said after the meeting.

Asked at the start of the session about Russia's agreement for an eventual ceasefire, Lavrov said: "I am in agreement, and I confirm support for the American proposal of December 2," referring to a meeting with Kerry in Rome at which they agreed on a plan to evacuate civilians and rebels from east Aleppo and on on new cease fire.

According to the Syrian Observatory for Human Rights 19 civilians were killed in the regime bombardment of east Aleppo on Wednesday.

'Complete elimination of terrorism'
Save the Children Syria Director Sonia Khush said tens of thousands of children in Aleppo have become "sitting targets".

"It defies belief that after nearly six years of suffering through this war, the international community is still willing to stand by as civilians are bombed with seeming impunity," she added.

Assad said a rebel loss in Aleppo "will mean the transformation of the course of the war across Syria" and would leave opposition factions and their backers with "no cards left to play".

Aleppo was once known as the beating heart of culture and commerce in Syria, but the outbreak of violence there four years ago left it divided between rebels in the east and government forces in the west.

In his wide-ranging interview, Assad pledged to fight rebels even beyond Aleppo, because "the war in Syria will not end until after the complete elimination of terrorism".

"Terrorists are present elsewhere -- even if we finish with Aleppo, we will continue our war against them," he said.

'Only available solution'
Assad touted local agreements between his government and rebel groups as the best way to resolve Syria's complex conflict.

Such deals have seen opposition fighters quit a string of towns around Damascus in recent months, often in exchange for an end to regime bombardment.

"It is the only available solution, in parallel with striking the terrorists. Its success has been proven over the past two to three years, and is now speeding up," Assad told Al-Watan.

He said these agreements had protected Syrian civilians and infrastructure and allowed former rebels to "return to the bosom of the state. What more could we want?"

Syria's conflict erupted in March 2011 with widespread demonstrations but has since turned into a brutal multi-front war drawing in world powers.

Many Western countries cut ties with Damascus in 2011 and have imposed crippling economic sanctions, but Assad said he remained open to better relations with them.

"We really do want ties with every country in the world, including the West, despite our previous knowledge of their hypocrisy."