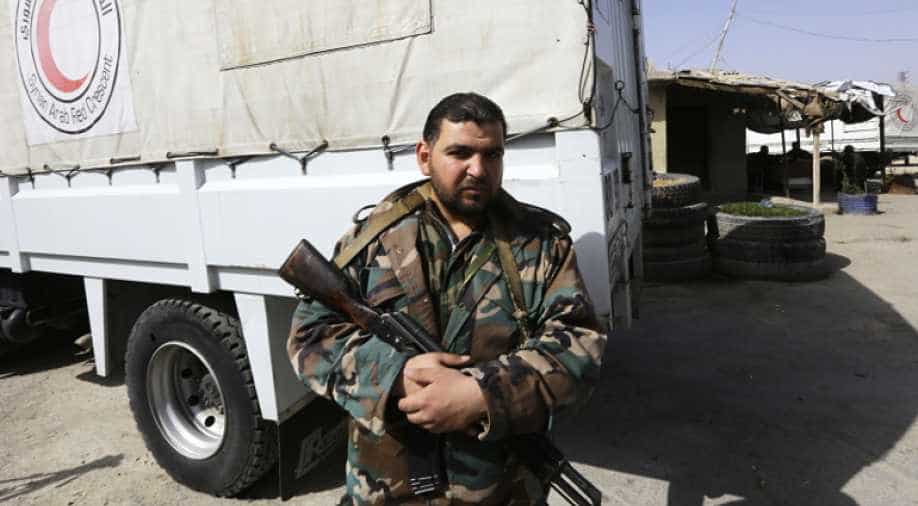 Syrian regime and allied forces pushed deeper into Eastern Ghouta on Monday and have now retaken a third of the rebel enclave, a monitor said.

"Regime forces are advancing at a high pace because operations so far are mostly conducted in farmland," said Rami Abdel Rahman, the head of the Observatory.

Pro-government forces were two kilometres (1.2 miles) south-east of Douma, the main town in Eastern Ghouta, a semi-rural area that lies within mortar range of central Damascus.

The government lost control of Eastern Ghouta in 2012 and has besieged the area, which is now controlled by Islamist and jihadist groups, almost ever since.

Government forces have over the years clawed back nearly two-thirds of the territory they lost just east of Damascus in 2012.

President Bashar al-Assad vowed on Sunday his forces would continue the latest campaign until the whole area is retaken.

The regime intensified its air strikes on the enclave last month and on February 18 further ramped up its campaign, with an assault that has left more than 700 civilians dead in two weeks.