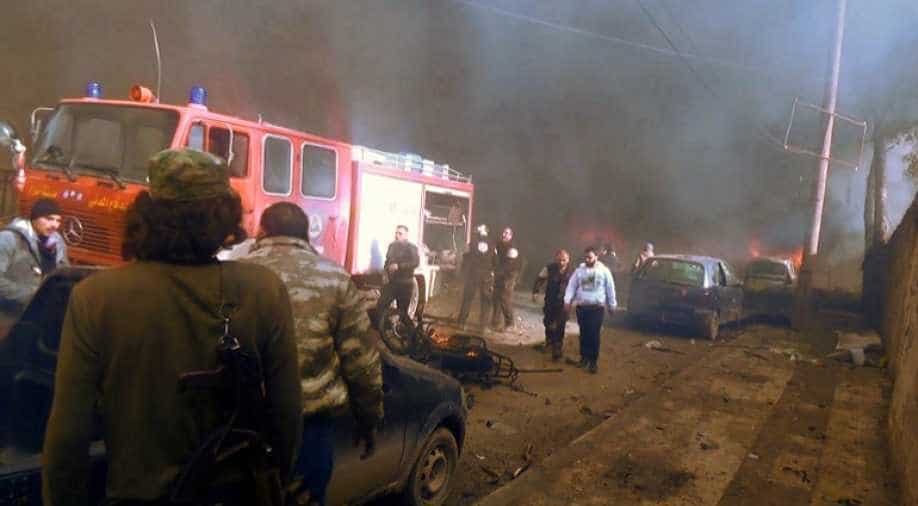 A tanker truck bomb killed at least 48 people, mostly civilians, in the rebel-held Syrian town of Azaz on the border with Turkey on Saturday, a monitor said.

The Syrian Observatory for Human Rights monitor said six rebels were among the dead, but most were believed to be civilians.

The Britain-based group said dozens were also wounded in the attack which struck in front of an Islamic courthouse where a market is located, the Britain-based Syrian Observatory for Human Rights said.

The attack was the latest in a string of bombings to hit Azaz.

In November, rebels said 25 people -- civilians and opposition fighters -- were killed in a car bomb attack on a rebel headquarters.

The rebels accused the Islamic State group of being behind that attack.

The jihadist group is present elsewhere in Aleppo province and has sought to advance on Azaz in the past.

In October, at least 17 people were killed in a car bomb attack on a rebel checkpoint, the Observatory said.

The blast comes as a fragile ceasefire is being observed across much of Syria.

The truce negotiated by regime ally Russia and rebel backer Turkey does not include the Islamic State group or former Al-Qaeda affiliate Fateh al-Sham Front.

More than 310,000 people have been killed in Syria since the conflict began with anti-government protests in March 2011.