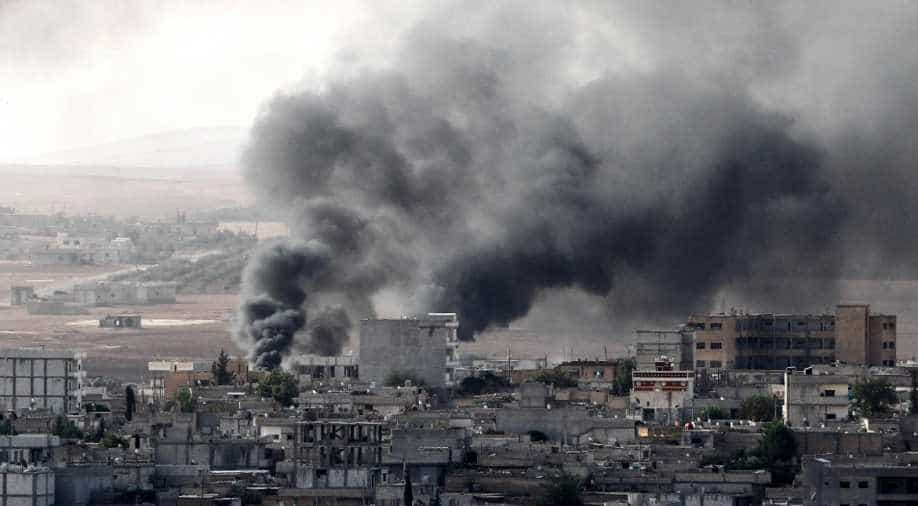 'No proof, even indirect, that children were present in the building,' army spokesman Igor Konashenkov said in a statement. Photograph:( Getty )

The Russian army on Monday denied any children were present in a school in Syria's Idlib province where 28 people were killed in an October airstrike blamed on Moscow.

Russia has denied having any role in air strikes that the UN children's agency UNICEF said killed 22 students and six teachers at the school in the village of Hass in northwest Syria on October 26.

"No proof, even indirect, that children were present in the building," army spokesman Igor Konashenkov said in a statement.

UN Secretary-General Ban Ki-moon said at the time that the attack on the school in the rebel-held province could amount to a war crime and urged a thorough investigation.

On Sunday, Human Rights Watch repeated the war crime accusation, provoking Monday's angry response from the spokesman who said the group's statement "does not hold water".

Moscow has been conducting a bombing campaign in Syria in support of long-time ally Syrian leader Bashar al-Assad since September 2015.

More than 300,000 people have been killed since Syria's war devolved from a widespread protest movement against Assad's rule in March 2011 to a multi-front war between rebels, jihadists, Kurds and regime forces.