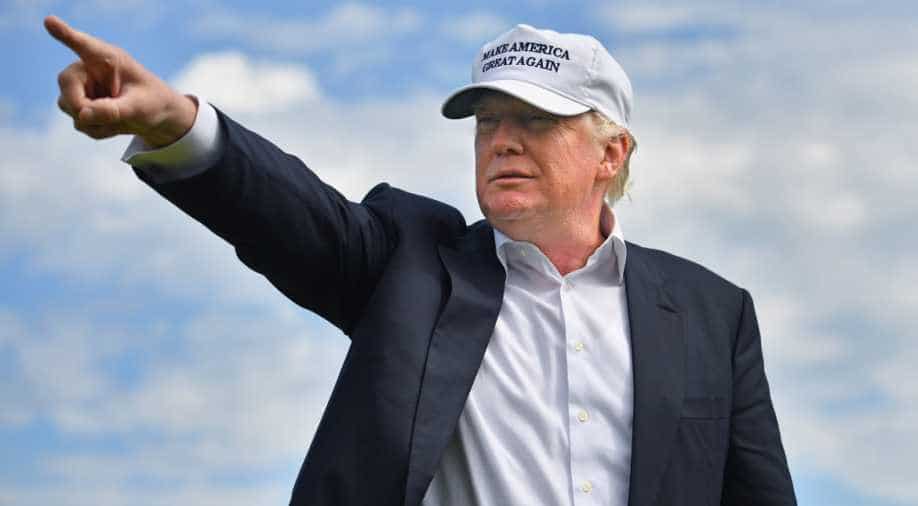 Trump said the election was over and that it's 'now time to move on and 'Make America Great Again.'' Photograph:( Getty )

Republicans on Saturday rejected reports of a secret CIA assessment finding that Russia sought to tip the US presidential election in Donald Trump's favor, as a Democratic Senate leader called for an investigation.

He was referring to a New York Times report saying US intelligence agencies had "high confidence" that Russian hackers infiltrated the Republican National Committee's computer systems as well as those of Democratic Party organisations, but released information stolen only from the Democrats.

News about the CIA report, first reported by The Washington Post on Friday, drew an extraordinary rebuke from the president-elect's camp.

"These are the same people that said Saddam Hussein had weapons of mass destruction," Trump's transition team said, launching a broadside against the spy agency.

Trump said the election was over and that it's "now time to move on and 'Make America Great Again.'"

However, senator Chuck Schumer, set to become Democratic minority leader in January, called for a congressional probe into the matter.

"That any country could be meddling in our elections should shake both political parties to their core," he said Saturday.

"It's imperative that our intelligence community turns over any relevant information so that Congress can conduct a full investigation."

The debate simmered as US media reported that ExxonMobil President and CEO Rex Tillerson -- a businessman with ties to Russian President Vladimir Putin -- is Trump's likely pick for secretary of state.

Democratic Senator Bob Menendez, a senior member of the Foreign Relations Committee, slammed the idea of Tillerson as top diplomat as "alarming and absurd."

"With Rex Tillerson as our Secretary of State, the Trump administration would be guaranteeing Russia has a willing accomplice in the president's cabinet guiding our nation's foreign policy," he said in a statement.

The reports of Russian interference in the White House vote follow President Barack Obama's order for a review of all cyberattacks that took place during the 2016 election cycle.

According to The Post, individuals with connections to Moscow provided anti-secrecy website WikiLeaks with emails hacked from the Democratic National Committee, Democratic candidate Hillary Clinton's campaign chief, and others.

WikiLeaks steadily released those emails in the months before the election, damaging Clinton's White House run.

"It is the assessment of the intelligence community that Russia's goal here was to favor one candidate over the other, to help Trump get elected," a US official briefed on an intelligence presentation to key senators told the newspaper. "That's the consensus view."

CIA agents told the lawmakers it was "quite clear" that electing Trump was Russia's goal, according to officials who spoke to the Post.

Russian hackers did not limit their hits to the Democrats, The New York Times reported.

"We now have high confidence that they hacked the D.N.C. and the R.N.C., and conspicuously released no documents" from the Republican organization, one senior administration official told The Times.

It is unclear however when Russia started supporting Trump, "and many intelligence officials -- and former officials in Mrs Clinton's campaign -- believe that the primary motive of the Russians was to simply disrupt the campaign and undercut confidence in the integrity of the vote," the newspaper said.

The CIA's assessment falls short of a formal US assessment produced by all 17 intelligence agencies, The Post said.

California Republican Congressman Devin Nunes, chair of the House Intelligence Committee and a member of the Trump transition team, said he "does not believe the evidence shows that the Russians interfered in the elections in order to help Trump," a spokesman told AFP.

However Adam Schiff, the top Democrat on the same committee, said "the integrity of our elections is hindered" when Trump and his transition team "minimize or dismiss the intelligence assessments."

For Schiff, "one would also have to be willfully blind not to see that these Russian actions were uniformly damaging to Secretary Clinton and helpful to Donald Trump."

Democrats in Congress called on US intelligence agencies to provide all information about Russian hacking and disinformation in the election.

The current minority leader, Senator Harry Reid, even accused FBI Director James Comey of knowing about Russian hacking into the Republican servers "for a long time."

"But he, Comey, who's a Republican, refused to divulge this information about Russia interfering with the presidential election," Reid told MSNBC, accusing the FBI director of being "the new J. Edgar Hoover."

"I think he should be investigated," he added.

Clinton has blamed Comey for her loss, saying his decision during the campaign's final weeks to re-open a probe into her email use as secretary of state broke her momentum.

Previous intelligence reports have accused Russia of seeking to undermine the US election, without saying if Moscow favored any candidate.

In an interview Wednesday in Time magazine, Trump was asked if the intelligence was politicized. "I think so," he said.