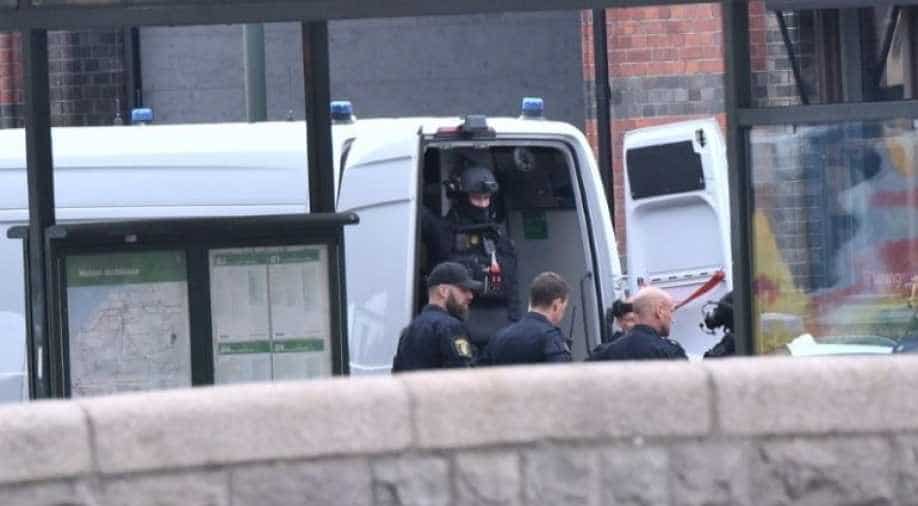 Police in the southern Swedish city of Malmo on Monday (Jun 10) shot a man at the central train station after he claimed to have a bomb.

Police in the southern Swedish city of Malmo on Monday shot a man at the central train station who claimed to have a bomb, police and witnesses said.

Police said the shooting occurred shortly after 10 a.m. (0800 GMT) when officers responding to emergency calls confronted a man acting in a threatening manner.

Local media quoted several witnesses as saying that the man, aged around 40, had thrown a sports bag on the ground and shouted he had a bomb.

"A situation developed which required a police officer to fire their service weapon," Olsson said.

The man was taken to hospital while the train station was evacuated and the bomb squad was called. Police said investigators are waiting to question him.