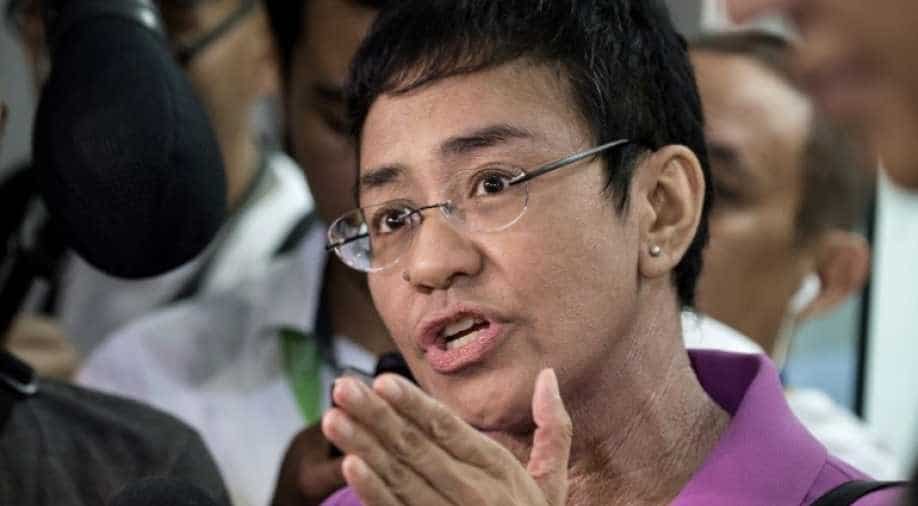 Maria Ressa's Rappler has drawn the administration's ire since publishing reports critical of Duterte's signature anti-drug crackdown that has killed thousands of alleged users and pushers since 2016.

Philippine journalist Maria Ressa, who has repeatedly clashed with President Rodrigo Duterte, was arrested in her Manila office on Wednesday in what rights advocates called an act of "persecution".

Her detention on a charge of "cyber libel" is a dramatic escalation in the legal pressure bearing down on Ressa and her website Rappler, which was already facing tax evasion charges that could shut it down.

Ressa, who was named a Time Magazine "Person of the Year" in 2018 for her journalistic work, left the Rappler offices with agents from the National Bureau of Investigation and surrounded by cameras.

Rappler has drawn the administration's ire since publishing reports critical of Duterte's signature anti-drug crackdown that has killed thousands of alleged users and pushers since 2016.

However, the new case against Ressa and former Rappler reporter Reynaldo Santos, Jr. stems from a 2012 report written about a businessman's alleged ties to a then-judge on the nation's top court.

While investigators initially dismissed the businessman's 2017 complaint about the article, the case was subsequently forwarded to prosecutors for their consideration.

Philippine journalists immediately attacked the surprise serving of the warrant.

"The arrest of... Ressa on the clearly manipulated charge of cyber libel is a shameless act of persecution by a bully government," said the National Union of Journalists' of the Philippines.

"The government... now proves it will go to ridiculous lengths to forcibly silence critical media," it added.

Duterte has lashed out at other critical media outfits, including the Philippine Daily Inquirer newspaper and broadcaster ABS-CBN.

He had threatened to go after their owners over alleged unpaid taxes or block the network's franchise renewal application.

Some of the drug crackdown's highest-profile critics have wound up behind bars, including Senator Leila de Lima, who was jailed on drug charges she insists were fabricated to silence her.

The law that forms the foundation of the case takes aim at various online offences, including computer fraud and hacking.

Under the tax case, the government accuses Rappler Holdings Corp., Ressa and the site's accountant of failing to pay taxes on 2015 bond sales that it alleges netted gains of 162.5 million pesos ($3 million).

The Philippine justice system is notoriously overburdened and slow, with even minor cases taking years to be judged.