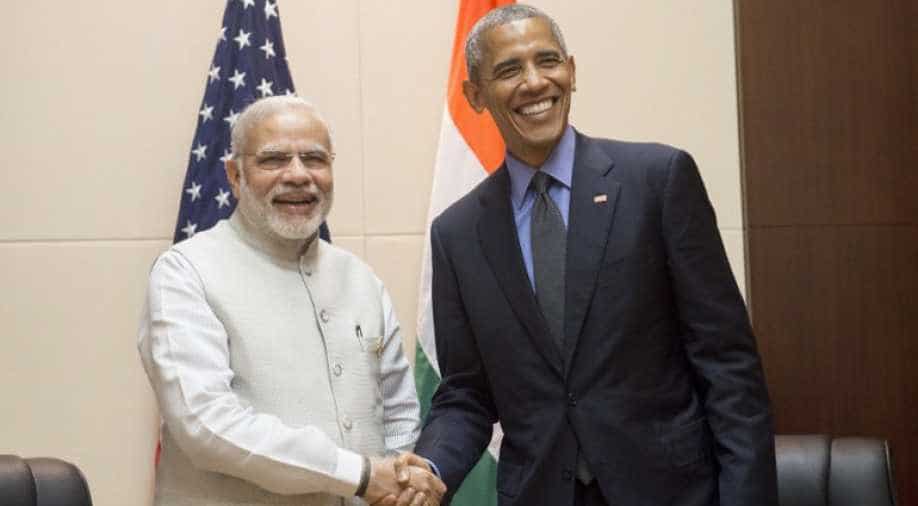 Early this year, US defence secretary Ashton Carter refused to give similar certification to Pakistan because of which it was not given USD 300 million under coalition support funding. Photograph:( AFP )

US President Barack Obama has signed into law the $618 billion defence budget for 2017, which enhances security cooperation with India, news agency Press Trust of India reported.

The bill also conditions nearly half of US funding to Pakistan on certification that it is taking demonstrable steps against the Haqqani Network.

The National Defence Authorisation Act (NDAA) 2017 asks the US defence secretary and secretary of state to take the steps necessary to recognise India as a “major defence partner” of the US.

The NDAA imposes four conditions on Pakistan to be eligible for $400 million of $900 million of coalition support funds (CSF), PTI reported.

PTI reported that the US defence secretary needs to certify to Congress that Pakistan continues to conduct military operations that are contributing significantly to disrupting the safe havens and freedom of movement of the Haqqani Network in Pakistan and that Islamabad has taken steps to demonstrate its commitment to prevent the Haqqani Network from using any of its territory as a safe haven.