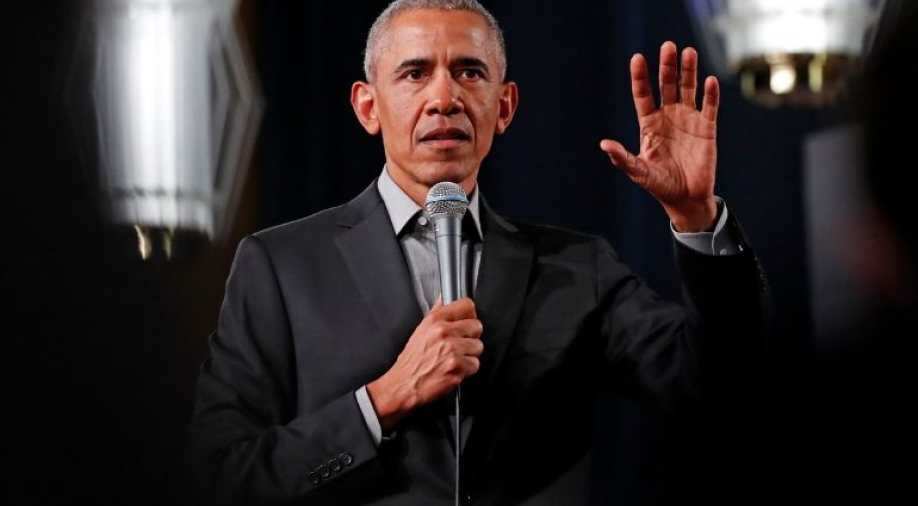 Obama said the election "is so important because what we're going to be battling is not just a particular individual or a political party."

Trump has blamed Obama and his Democratic administration for a variety of problems including not having sufficient supplies of medical equipment to battle the pandemic that has killed more than 75,000 Americans.

But in his call on Friday with 3,000 members of the Obama Alumni Association, people who served in his administration, Obama urged his supporters to get behind Democratic presidential candidate Joe Biden, who is trying to unseat Trump.

The contents of the call were first reported by Yahoo News, according to Reuters.

Obama said the election "is so important because what we're going to be battling is not just a particular individual or a political party."

"What we're fighting against is these long-term trends in which being selfish, being tribal, being divided, and seeing others as an enemy -- that has become a stronger impulse in American life," he said.

He said this is one reason why "the response to this global crisis has been so anemic and spotty."

"It would have been bad even with the best of governments. It has been an absolute chaotic disaster when that mindset -- of 'what's in it for me' and 'to heck with everybody else' -- when that mindset is operationalized in our government," Obama said.

"That's why, I, by the way, am going to be spending as much time as necessary and campaigning as hard as I can for Joe Biden," he said.

White House spokeswoman Kayleigh McEnany said Trump's response to the coronavirus "has been unprecedented" and has saved American lives.