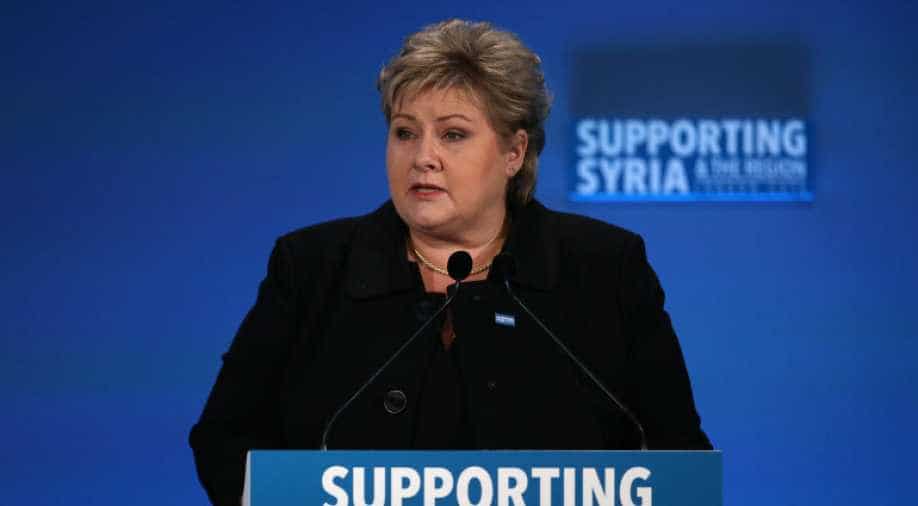 Norway on Friday urged US President-elect Donald Trump to enunciate a clear and predictable policy on Russia as soon as possible, amid growing concerns in Oslo about increasing Russian military activities in the "High North" or Arctic region.

"What is most important to us right now is to have both a predictable and a very clear policy on Russia," Norwegian Defence Minister Ine Eriksen Soereide told Reuters ahead of the annual Reagan National Defense Forum in California.

"The earlier and the clearer that the new administration comes out with this, the better it is, also for European security," Soereide said.

She said Trump reassured Solberg about the United States' commitment to the NATO alliance and common security.

During the US election campaign, Trump talked of building closer ties with Russian President Vladimir Putin. He questioned whether the United States should protect allies seen as spending too little on their defence, raising fears he could withdraw funding for NATO.

Soereide said Norway was concerned by Russia's testing of new missiles that could reach Europe, upgrades of existing equipment, and its adoption of quieter submarines that were harder to detect. The combined effect was a new challenge that Europe and NATO need to address, she said.

"They are effectively capable now of closing off allied reinforcements, which of course is a huge strategic challenge," Soereide said, citing what she called Russia's ability to block the so-called GIUK gap that runs between Greenland, Iceland, and the UK, a strategic "gateway" to the north Atlantic.

Norway announced plans last week to buy five Boeing Co <BA.N> P-8A maritime surveillance planes that it could use to better track Russian submarines, cooperating closely with Britain, which is buying nine of the planes.

US and NATO officials say the level of Russian submarine activity in the region is at its highest since the end of the Cold War in the early 1990s.

Russian control of the Arctic chokepoint would make it difficult for NATO forces to bring warships and heavy equipment into the area during a future potential conflict, Soereide said.

Norway was monitoring developments nearly "hour by hour," she added.

"They have been reestablishing their 'bastion' defence concept," she said in reference to the Soviet Union's Cold War strategy of heavily defending maritime areas such as the Barents Sea. "They have to a great extent shown that this area is strategically even more important to the Russians now than it used to be," she said.