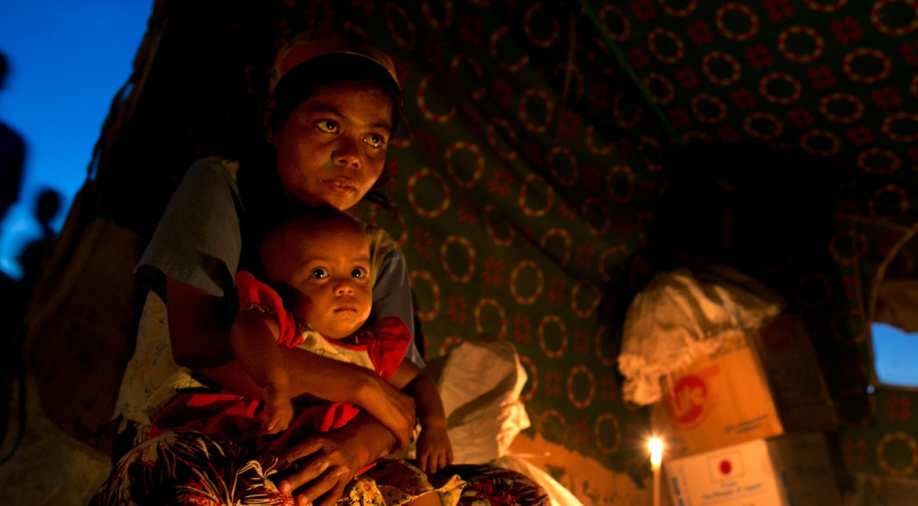 Villagers in Hpakant, a jade-mining town in northern Kachin state, ransacked a mosque 'wielding sticks, knives and other weapons' before burning it down, the state-run Global New Light of Myanmar newspaper reported. Photograph:(WION)
Follow Us
A mob wielding weapons razed a Muslim prayer hall in northern Myanmar, state media reported Saturday. This is the second attack on a mosque in just over a week as anti-Muslim sentiment swells in the Buddhist-majority nation.

On Friday villagers in Hpakant, a jade-mining town in northern Kachin state, ransacked a mosque "wielding sticks, knives and other weapons" before burning it down, according to the state-run Global New Light of Myanmar.

"The mob was unresponsive and entirely beyond control. The building was razed by the riotous crowd," the paper reported, adding that the rampage was sparked by a dispute over the mosque`s construction.  No arrests have been made, it said.

UN investigator calls on government to take strict action
The riot coincided with the end of a 12-day visit by a United Nations rights investigator who warned that "tensions along religious lines remain pervasive across Myanmar society".

In a press conference concluding her trip Friday, Yanghee Lee called on authorities to investigate the destruction of another mosque in central Bago late last month.

"The government must demonstrate that instigating and committing violence against an ethnic or religious minority community has no place in Myanmar," she said.

Religious intolerance has mushroomed across the country in recent years, threatening to unravel advances towards democracy since the former junta stepped down in 2011.

Authorities, however, have been reluctant to launch prosecutions out of fear of stoking further unrest.

The state remains almost completely divided on religious grounds, with Muslim communities subject to a host of restrictions on their movements and access to basic services and employment.

Suu Kyi, the Noble peace prize winner who championed her country's struggle against a repressive military regime, has dismayed rights groups by not taking swifter moves to carve out a solution for the Rohingya.