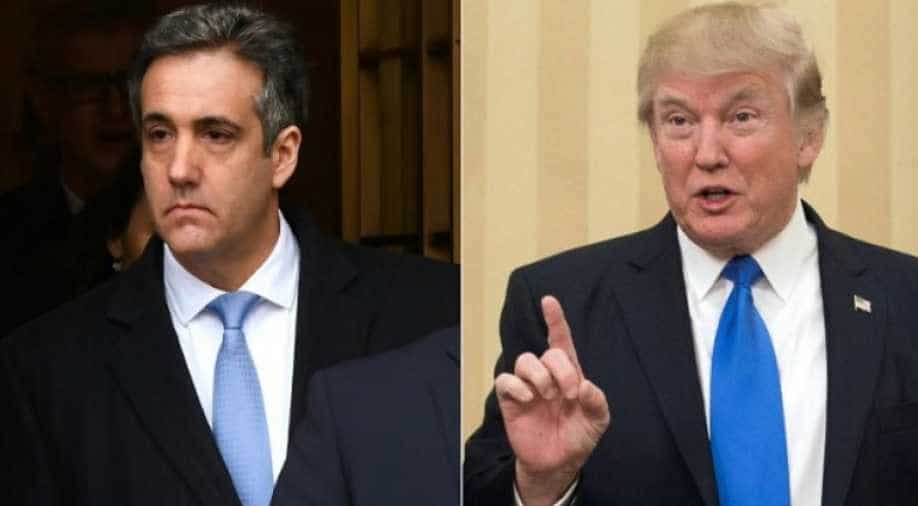 Michael Cohen said the Trump Organisation owes him at least $3.8 million, and its failure to pay breached a reimbursement agreement that predated his cooperation.

Michael Cohen, the former personal lawyer of US President Donald Trump, on Thursday, sued the Trump Organisation, saying it reneged on its obligation to reimburse him for millions of dollars of legal fees and costs related to his work.

In a complaint filed in the New York state supreme court in Manhattan, Cohen said the Trump Organisation stopped paying him last May after it became clear he would cooperate with various probes into his work.

These include Special Counsel Robert Mueller's investigation of Russian influence in the 2016 US presidential election, as well as multiple congressional probes.

Cohen said the Trump Organisation owes him at least $3.8 million, and its failure to pay breached a reimbursement agreement that predated his cooperation.

The Trump Organization did not respond to requests for comment.

Rudolph Giuliani, an adviser to Trump and former New York City mayor, suggested in an interview that Cohen was owed nothing.

It came as Cohen, 52, prepares this spring to begin a three-year prison term, following his guilty plea to campaign finance violations.

These included "hush money" payments to adult film actress Stormy Daniels, whose real name is Stephanie Clifford, and former Playboy model Karen McDougal, who both said they had sexual encounters with Trump.

The president has denied their claims. He has also said his campaign did not collude with Moscow.

According to the complaint, Cohen and the Trump Organisation entered the July 2017 reimbursement agreement when they were pursuing a "joint defense" to various investigations.

The organisation reaffirmed its payment obligations in December 2017 after Cohen complained to Trump's adult sons Donald Jr. and Eric, who both worked there, about "repeated delays," according to the complaint.

Cohen said he has employed at least seven law firms in the last year on matters related to Trump.

He said these include two lawsuits by Daniels, the New York attorney general's lawsuit concerning Trump's namesake charity, the Mueller and congressional probes, and his criminal case.

The alleged missed reimbursements include $1.9 million for legal fees and costs, plus another $1.9 million that Cohen owes in his criminal case.

Testifying on Feb. 27 before the House Committee on Oversight and Government Reform, Cohen called Trump a "con man" and "cheat," but offered no direct evidence that Trump or his campaign colluded with Moscow in the 2016 election.