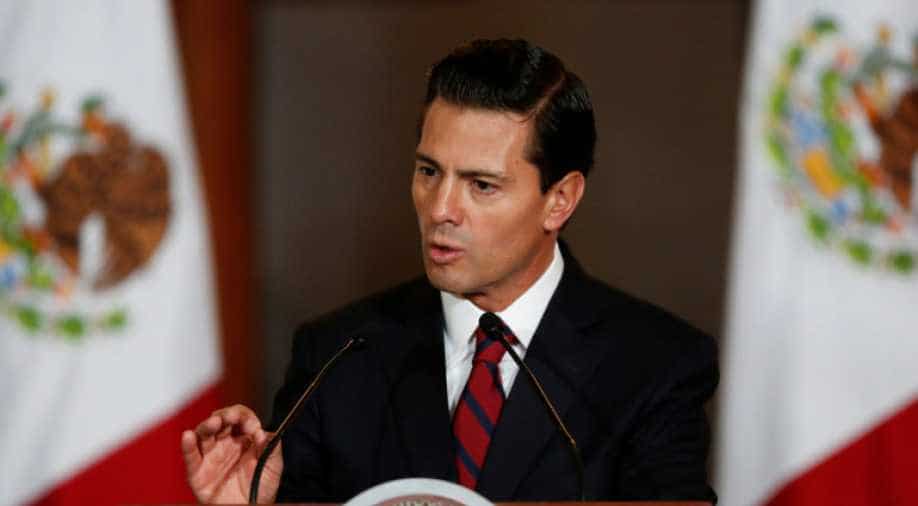 President Enrique Pena Nieto said on Twitter he would seek "respectful" dialogue with the government of Trump. Photograph:( Reuters )

President Enrique Pena Nieto on Friday congratulated Donald Trump on his inauguration as U.S. president saying he would like to strengthen ties, but that sovereignty, national interest and protection of Mexicans would be paramount.

Pena Nieto, criticized for meeting Trump last year even after the New York businessman had insulted Mexicans in the election campaign, said on Twitter he would seek "respectful" dialogue with the new US government.

"Sovereignty, national interest and protection of Mexicans, will guide relations with the new government of the United States," Pena Nieto said.

In his campaign, Trump derided Mexicans as rapists and murderers and vowed to build a wall along the US southern border to keep them out.

There were subdued protests across Mexico on Friday as Republican Trump was inaugurated and Democrat Barack Obama left office after eight years in the White House.

One political activist held up a banner on Mexico City's main thoroughfare that read "Racist, gringo Trump...son of Satan, you are a danger to the world."

More than three quarters of Mexicans have a bad or very bad opinion of the US President, according to a poll of 600 people conducted earlier this month by Gabinete de Comunicacion Estrategica.

"Trump if you are Christian, don't crucify Mexicans," Sergio Tamay wrote on a fuschia-colored sign at a migrant protest in the northern city of Mexicali on the border with the US state of California.

Mexico's peso was the strongest performing among the top 10 most-traded currencies after Trump's speech in Washington made no mention of the country. It was up more than 1.6 per cent at 21.582 per dollar in the early afternoon.