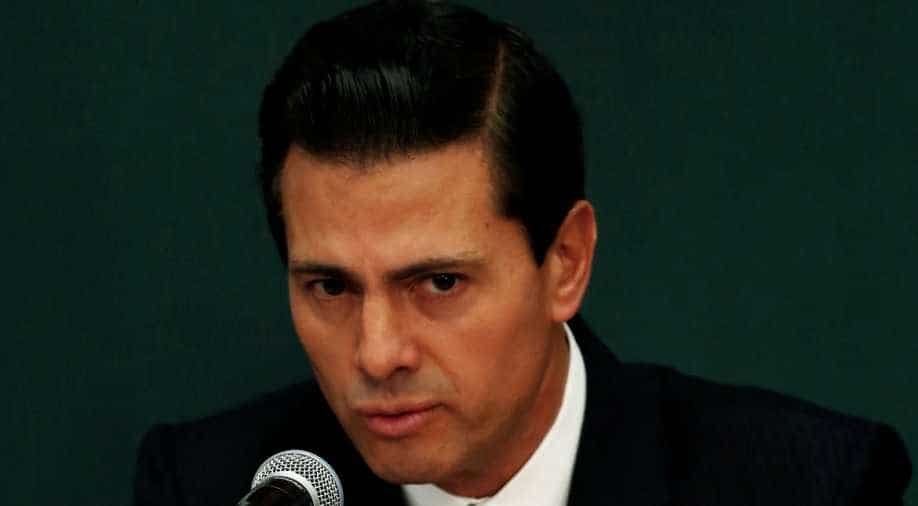 Pena Nieto also said that Mexico is ready to discuss the North American Free Trade Agreement and will reject any attempt to coerce or influence foreign investors.? Photograph:( Reuters )

Mexican President Enrique Pena Nieto on Wednesday said Mexico will not pay for the wall and will try to negotiate trade, security and migration issues with Trump administration.

"It is obvious that we have some differences with the next government of the United States, like the issue of the wall that Mexico of course will not pay for," Pena Nieto said.

He also added that Mexico is ready to discuss the North American Free Trade Agreement (NAFTA) and will reject any attempt to coerce or influence foreign investors.

Pena Nieto said Mexico was willing to constuct a secure border and not a wall and that both countries shared responsibilty over immigration.

Referring to Trump's threat to deport undocumented immigrants, he said any repartriaton must "continue in an orderly and coordinated" manner to "guarantee the humane treatment and the respect of the rights of Mexican migrants."

Adding, the US will have to stop the flow of illegal weapons into Mexico and illegal money that finance organised crime.