Malaysia not to host any more events with Israel 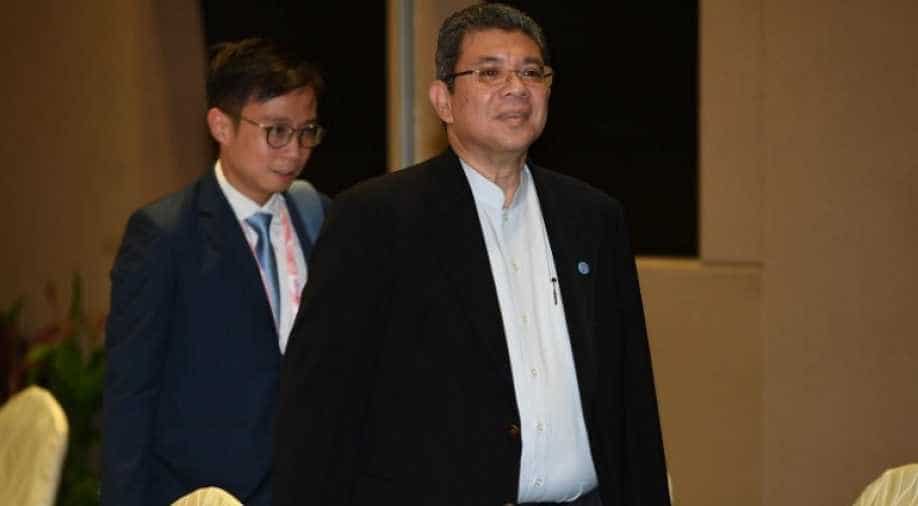 Malaysia is one of several predominantly Muslim states that have no formal diplomatic ties with Israel, with entry to the country on an Israeli passport forbidden.

Malaysia's foreign minister said Wednesday the Muslim-majority country will not host any more events involving Israel, as he reiterated that swimmers from the Jewish state were barred from a forthcoming competition.

Malaysia is one of several predominantly Muslim states that have no formal diplomatic ties with Israel, with entry to the country on an Israeli passport forbidden.

Last week Prime Minister Mahathir Mohamad said Israeli swimmers would not be allowed in for a tournament later this year in eastern Sarawak state, which will serve as a qualifying event for the Tokyo 2020 Paralympics.

Despite a plea from the International Paralympic Committee to find a solution to the row, Foreign Minister Saifuddin Abdullah doubled down on Malaysia's opposition to the Jewish state.

The cabinet has decided that "Malaysia will not host any event which has Israel participation or representation," he said.

"This is a decision by the government to demonstrate our tough stance over the issue of Israel."

"It is about fighting on behalf of the oppressed," he added.

He made the comments after meeting Muslim groups, who praised the ban on the swimmers and urged the government to stick to its policy of not allowing in Israeli passport holders.

The Palestinian cause has widespread support in Malaysia, with thousands taking to the streets in protest when US President Donald Trump recognised Jerusalem as Israel's capital in 2017.

Both Israelis and Palestinians claim Jerusalem as their capital.

Malaysia has stopped Israeli athletes from competing to sports events before. Two Israeli windsurfers pulled out of a competition in Langkawi after they were refused visas in 2015. Kuala Lumpur also refused to host a FIFA conference in 2017 as an Israeli delegation was due to attend.

But the previous government allowed a high-level Israeli delegation to attend a UN conference in Kuala Lumpur in 2018, sparking public anger.

Mahathir, now 93 and in his second stint as premier, has in the past attracted criticism for his verbal attacks on Jews, including calling them "hook-nosed".

About 60 per cent of Malaysia's 32 million inhabitants are Muslim, and the country is also home to substantial ethnic Chinese and Indian minorities, who do not usually follow Islam.