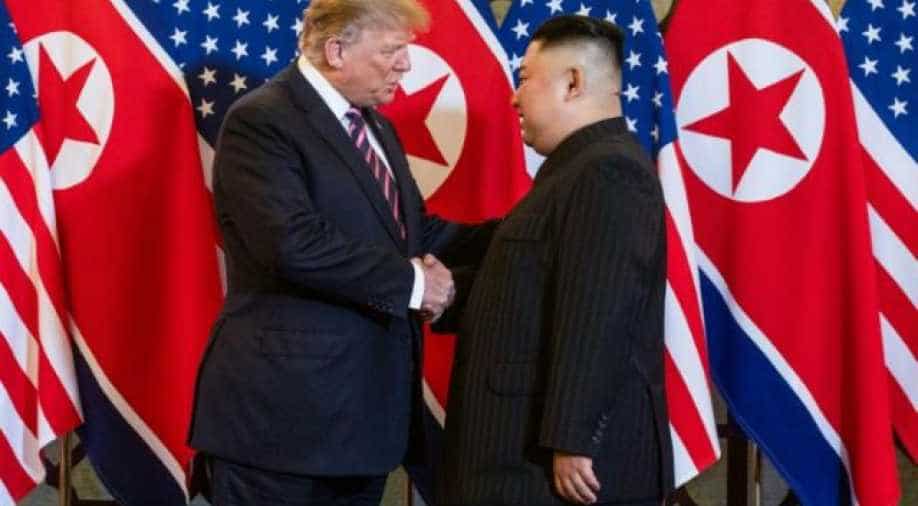 Jang Song Thaek, the North Korean leader's uncle by marriage and a hugely powerful figure within the regime, was purged for treason and corruption in 2013, in what was widely seen as Kim mercilessly asserting his authority.

The headless body of Kim Jong Un's executed uncle was once displayed to senior North Korean officials, US President Donald Trump told the author of an upcoming biographical book.

Jang Song Thaek, the North Korean leader's uncle by marriage and a hugely powerful figure within the regime, was purged for treason and corruption in 2013, in what was widely seen as Kim mercilessly asserting his authority.

Kim "tells me everything; told me everything," Trump said to the Washington Post investigative journalist Bob Woodward, according to his forthcoming book "Rage".

"Rage", scheduled to hit the book stands next week, unveils 25 letters the two exchanged, in which Kim repeatedly flatters Trump.

Negotiations between Pyongyang and Washington have remained at a standstill ever since the meeting in the Demilitarised Zone, and ties between the North and South have plummeted, but Trump insisted that he still had a good relationship with Kim.

"He killed his uncle and he put the body right in the steps," Trump said, in an apparent reference to a building used by senior officials.

"And the head was cut, sitting on the chest," he added in excerpts from the book.

The North has never officially stated how Jang was executed, although multiple reports say an anti-aircraft gun was used.

Trump's account -- apparently intended as a demonstration of the closeness of his relationship with Kim -- is the first from any senior official to mention decapitation.

Nuclear negotiations between Pyongyang and Washington have been at a standstill since the collapse of the Hanoi summit last year over sanctions relief and what the North would be willing to give up in return.

Pyongyang officials said they had offered to "dismantle all the nuclear production facilities in the Yongbyon area", but analysts say the North has several other nuclear sites.

According to the book, Trump demanded five sites be given up.

Yongbyon was the North's biggest site, Kim countered according to excerpts from the book seen by AFP. "It's also your oldest," Trump told the author he retorted.

Kim, though, would not offer further concessions, and Trump told him: "You're not ready to make a deal."

The collapse of the summit came despite high expectations on both sides beforehand, but according to the book Trump continued to insist on full denuclearisation even after the pair's surprise meeting several months later in the Demilitarised Zone that divides the peninsula.

"It was an honour to cross into your country," Trump wrote in a letter to Kim two days after the encounter, when he became the first sitting US president to set foot in the North.

He urged Kim to strike a "big deal" that "sheds you of your nuclear burden".

The DMZ meeting was supposed to restart the talks process but the US and South Korea held military exercises a few weeks later and Kim subsequently wrote to Trump: "I am clearly offended and I do not want to hide this feeling from you. I am really, very offended."