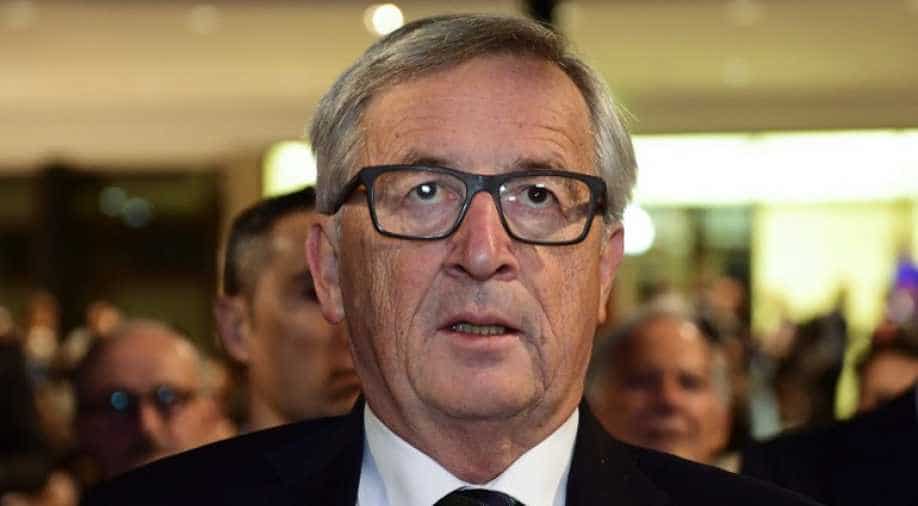 Juncker criticised the president-elect for his ignorance about Europe and its workings, mocking him for an earlier statement that Brussels is a city. Photograph:( AFP )

Donald Trump's election as US president poses risks for the relationship between the European Union and the United States, EU Commission President Jean-Claude Juncker said on Friday.

The shock winner of Tuesday's US election was ignorant of the EU and its workings, Juncker told students at a conference in Luxembourg which can be viewed on the EU's website.

"The election of Trump poses the risk of upsetting intercontinental relations in their foundation and in their structure," said Juncker, who as head of the EU's executive is one of Europe's most powerful political figures.

His blunt remarks reflected widespread shock and concern among Europeans at the election of Trump, who among other statements has praised Russian President Vladimir Putin and questioned the principle of collective defence in NATO.

His comments contrasted with the more diplomatic reactions of European leaders who have said they look forward to working with the next Republican president.

Juncker warned against the "pernicious" consequences of Trump's statements on security policy. He also recalled a Trump statement in which he seemed to think that Belgium, the country that hosts the headquarters of the EU and NATO, was a city.

"We will need to teach the president-elect what Europe is and how it works," Juncker said, adding that Americans usually had no interest in Europe.

"I think we will waste two years before Mr Trump tours the world he does not know," said Juncker, who on Thursday had already raised doubts about Trump's views on global trade, climate policy and Western security.