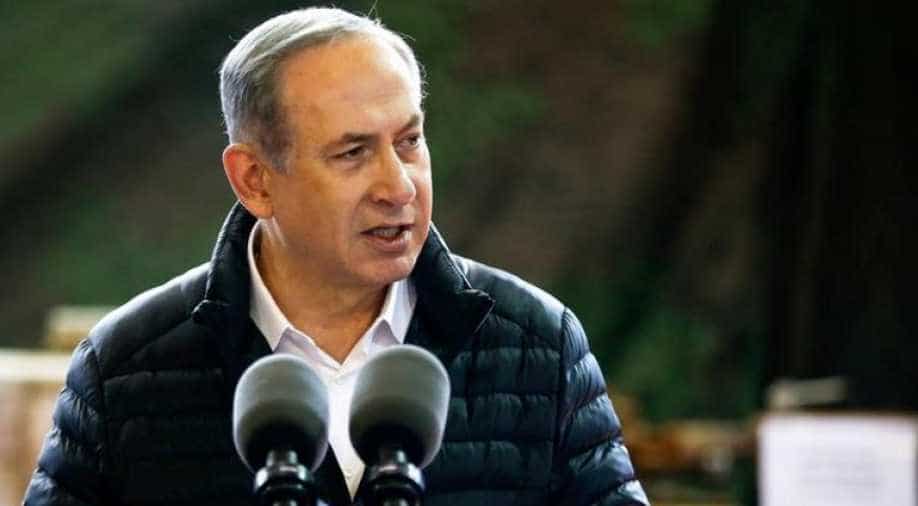 "The conference convening today in Paris is a futile conference," he told ministers at the start of a weekly cabinet meeting in Jerusalem.

"It was coordinated between the French and the Palestinians with the aim of imposing upon Israel conditions that are incompatible with our national needs," he said.

Netanyahu's government has bitterly opposed the conference, saying only direct talks with the Palestinians can end the long-running conflict.

The Palestinians have welcomed the multilateral approach, saying years of negotiations with the Israelis have not ended the occupation of the West Bank.

The conference is being held without either the Israelis or the Palestinians, but Palestinian president Mahmud Abbas will meet French President Francois Hollande in the coming weeks to be briefed on the outcome, French diplomats said.

French Foreign Minister Jean-Marc Ayrault formally opened the assembly of foreign ministers and representatives from around 70 countries and international organisations.

"We are here to reiterate strongly that the two-state solution is the only one possible," Ayrault said.

The conference comes just five days before the inauguration of US President-elect Donald Trump, who has vowed unstinting support for Israel.

Israel fears measures discussed at the conference could be taken to the UN Security Council before Trump takes office.

In a break with previous administrations, Trump has pledged to recognise Jerusalem as Israel's capital and relocate the US embassy there from Tel Aviv.

Abbas warned Saturday that such a move could "bury the hopes for a two-state solution".

The city's status is one of the thorniest issues in the conflict, which is why foreign embassies are currently based in Tel Aviv.

The Palestinians regard Israeli-annexed east Jerusalem as the capital of their future state, while Israel proclaims the entire city as its capital.

Hard-line Israeli lawmakers, including some from Netanyahu's Likud party, have said Trump's win represents an opportunity to quash the chance of Palestinians obtaining an independent state.

Netanyahu, who says he still supports a two-state solution, appeared in his comments on Sunday to be looking forward to the impending change in the White House.

"This conference is among the last spasms of yesterday's world," he said. "Tomorrow will look different and tomorrow is very close."