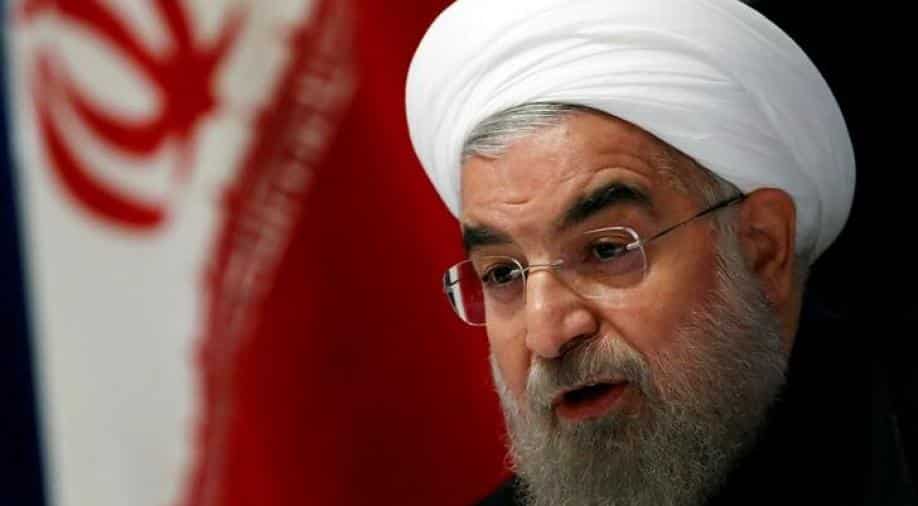 Iran's President Hassan Rouhani said on Wednesday that the US election results would have no effect on Tehran's policies, state news agency IRNA quoted him as
saying, noting that Iran's expanding economic ties with the world were irreversible.

"The results of the US election have no effect on the policies of the Islamic Republic of Iran," Rouhani said.

"Iran's policy for constructive engagement with the world and the lifting of nuclear-related sanctions have made our economic relations with all countries expanding and irreversible."

He added that Iran's nuclear deal with six world powers has been reflected in a United Nation Security Council resolution and cannot be dismissed by one government.

US President-elect Donald Trump should stay committed to the international nuclear deal with Iran, Iranian foreign minister Mohammad Javad Zarif was quoted as saying by Tasnim news agency on Wednesday.

"The United States should fulfill its commitments in the Joint Comprehensive Plan of Action (the nuclear deal) as a multilateral international agreement," Zarif was quoted as saying while on a visit to Romania.

Rouhani said there was "no possibility" of its nuclear deal with world powers being overturned by US president-elect Donald Trump despite his threat to rip it up.

"Iran's understanding in the nuclear deal was that the accord was not concluded with one country or government but was approved by a resolution of the UN Security Council and there is no possibility that it can be changed by a single government," Rouhani told his cabinet, according to state television.

Last year's accord with world powers saw international sanctions on Iran lifted in exchange for guarantees that it would not pursue a nuclear weapons capability.
During the election campaign, Trump described the deal as "disastrous" and said it would be his "number one priority" to dismantle it.

"The United States no longer has the capacity to create Iranophobia and to create a consensus against Iran," Rouhani said.

"The constructive engagement policies of Iran towards the world, and the fact that international sanctions have been lifted, have placed the Iranian economy on a road where there is no possibility of going backwards."